The Nest I/O has been creating a lot of waves lately and today it launched with full glory in Karachi as the city’s first tech incubator. The event was attended not only by the local tech fraternity but also garnered attention of the US Council General and Korean Ambassador. Various media groups also covered the launch. The Nest I/O is sponsored by Google for Entrepreneurs, Samsung and the US State Department.

The event started off with an introductory presentation by P@SHA’s President, Jehan Ara herself in which she talked about the much needed presence of a tech incubator in the city and shed light on the hurdles faced in setting up The Nest I/O and the vision that made the tech incubator a reality today. She highlighted the numerous efforts that P@SHA has been doing over years to promote an entrepreneurial ecosystem in the country namely P@SHA Launchpad and P@SHA Fund. She talked passionately about the P@SHA ICT Awards that are now running in their twelfth year and has given amazing opportunity to Pakistani startups to represent their country in the Asia Pacific IT Awards. She appreciated Plan 9, LUMS Center for Entrepreneurship and Dot Zero for their tremendous efforts in promoting entrepreneurial culture in the country. However, she kept pointing out frequently the biggest hurdle in setting up a tech incubator is the lack of resources and investors. She urged sponsors to invest and make collaborative efforts through the forum of The Nest I/O and also encouraged new start ups to mentor the incubatees. In addition to that, she pointed out to the media groups that it is time they start projecting the positive happenings in the country.

The residential incubatees will have access to all the resources of The Nest I/O. The incubatees will be provided with various devices of tech giants Google, Samsung and Apple so they can test their products on all platforms. The biggest perk is the uninterrupted power supply for the incubator. Furthermore, the training curriculum will consist of both business and technological areas of study so as to equip the incubatees with smart skills. They will also have a chance to have weekly meet ups with investors. In addition to that, they can also access the 30 spaces set up globally by Google For Entrepreneurs and have a chance to network with international collaborators. Google will also be providing cloud support worth thousands of dollars to the selected start ups. The external incubatees also get the same vantages however, they won’t be able to access the space but they can visit the incubator for various events. The fact that received a huge number of thumbs up and roaring applaud is that the services are all for FREE for the incubatees and come with no strings attached! In fact, the incubator will ask for no equity in any of the start ups!

The advisory board was also introduced at the event and included the following renowned and able names:

The creative team worked tirelessly to make sure the incubator gives constructive vibes to the incubatees and make them feel comfortable. From vividly colored walls to comfortable bean bags and trendy furniture, the place is every person’s dream workplace! The names that worked behind the uber cool interior are Saira Qamar, Sara Rizvi and Adil Moosajee.

Miss Ann of Google also addressed the audience and extended every possible support that Google can provide in terms of technical tools, international spaces and cloud services. Likewise, J. H. Lee the Managing Director of Samsung Pakistan highlighted that The Nest I/O is another feather in the cap of their citizenship program. He urged the students to come forward as he believes the future of a country lies in the hand of youth. The Korean Ambassador shared the same views and ensured their support to promote technology in Pakistan. The US Council General, Brian Keath also shared his support for the incubator and stated that with the 1.4 million dollars funding they have provided, The Nest I/O can produce companies that can go on to become tech giants like Google and Samsung!

The launch session ended on a high note with Mr. Saad ul Hasan stating that the support provided by Samsung is not funding but it holds much greater meaning and is the venture needed by all! The launch was followed by the tour of incubator guided by Jehan Ara and the team. 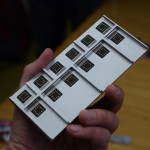