Reddit has announced that they have acquired the short-video-sharing platform, Dubsmash. The deal was made on December 13th, according to a blog post made by the acquirer.

Teamwork makes the dream work! We're thrilled to share our acquisition of video platform @Dubsmash. Reddit is where communities come together to discuss their favorite topics & video is an integral part of this discourse.

Here's how we'll work together.👇 https://t.co/Oq6NuEnYHt

Dubsmash will continue to be an independent application and Reddit will integrate its video creation tools in their application; possibly another snapchat-stories-like experience. The co-founders of Dubsmash, Suchit Dash, Jonas Drüppel and Tim Specht will all join the Reddit team.

Dubsmash, arguably the most popular video application of its time, has been struggling for the past couple of years. It became a sensation back in 2015 when it first came out as a lip-sync video application. In 2017, it started focusing more on the social media side of things.

Flashforward to 2020 and Dubsmash is the second most popular short-form video application, second only to TikTok itself. In the January of this year, they crossed the line of 1 million video views per month. The numbers, however, pale in comparison to TikTok’s 37 million monthly views in the United States alone.

According to Reddit, Dubsmash will bring two key advantages to their platform: “First, Dubsmash’s mission is unique among social platforms, and is aligned with Reddit’s own mission of bringing community and belonging to everyone in the world,” and second, the company plans on integrating ‘Dubsmash’s innovative video creation tools’ into Reddit.

Exact changes to either platforms will likely surface soon. 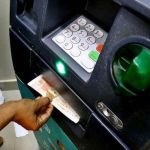