Rocket Internet and Ooredoo’s collaboration to bring investment to Pakistan

With plans to go deeper in the emerging markets around the world, German startup incubator Rocket Internet has partnered with Qatar-based telecommunication services provider Ooredoo to form ‘Asia Internet Holding’. This holding group aims to invest in new and existing Asian e-commerce startups, especially the ones with a mobile services-centric approach.

Asia Internet Holding will invest in 15 potential Asian markets with a focus on emerging ones like Singapore, Myanmar, Thailand, Pakistan, Vietnam etc. The planned course of action, according to Asia Internet Holding, will be to encompass all types of commerce-related business which range from payment services to mobile-based retailers. This joint venture (JV) would mean an enhanced knowledge of local market trends and an influx of capital for emerging startups, benefiting all of the concerned parties in the process.

Rocket Internet already has six projects running in Pakistan, the latest of which is a hotel-booking service labelled Jovago. The most significant of the Rocket ventures in Pakistan is a buy-and-sell platform Kaymu.pk (previously known as Azmalo.pk). According to Rocket Internet’s Managing Director for Asia Region, Mr. Ahmed Khan: “The investment is greatly based on the success already achieved in Pakistan. During investor presentations in Singapore and Indonesia, Pakistan was shown as the success story on which the potential of the region is gauged.”

This Rocket Internet joint venture is not only expected to trigger a number of reforms in Pakistan’s current e-commerce scenario, but also bring in a significant sum of foreign investment.

While there is no word on how much Rocket Internet is willing to invest in Asian region as of now, RI’s previous ventures do give a hint of the expected investment’s magnitude. Rocket Internet, not too long ago, formed ‘Africa Internet Holding’ in collaboration with African carriers and reserved over $410 million for investment in regional startups.

“We look forward to working with a partner as innovative and customer-centric as Ooredoo in Asia,” said the co-founder of Rocket Internet, Mr. Oliver Samwer. “We feel that by bringing e-commerce models that have worked well elsewhere in the World to Asia, and that by partnering with an operator like Ooredoo, we can jointly bring better services to customers,” he added.

With the promise of providing a social and transactional experience to the users, Rocket Internet’s partnership with a telecommunications company would mean a merger of e-commerce and m-commerce services, right in the palm of a consumer. The real worth of such ventures is expected to be realized soon in the wake of the ongoing transition of country’s mobile services to the next-gen 3G/4G technologies. 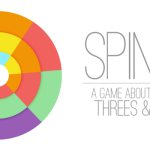 Spin It is the new Pakistani iOS Game in Town