Federal Minister for Science and Technology Shibli Faraz is of the view that developments in science and technology should be such that they benefit the nation, especially through the commercialization of research. He stressed the need for Pakistan and other developing countries to work together in order to achieve this goal.

As reported by The News, the Federal Minister expressed this vision for the science and tech-led development in Pakistan during a visit to the Secretariat of Commission on Science and Technology for Sustainable Development in the South (COMSATS), Islamabad.

During the meeting, the officials of the Ministry received a briefing on COMSATS and its functions and role as an intergovernmental organization of the countries of the South. The presentation was given by senior officials of COMSATS Secretariat. The briefing thoroughly introduced COMSATS as an international organization focused on S&T-led development.

The session featured information on COMSATS’ mandate and mission, its flagship projects, international programs and activities, and outreach programs. An overview of the organization’s financial position was also given by Director Finance.

The case of COMSATS Internet Services (CIS), established in 1996, also came under microscopic view, and a strong need was felt by the Ministry leadership to take radical measures to turnaround this pioneer internet service provider (ISP) of Pakistan.

Dr. Nazir, meanwhile, put forward the opinion that international science and tech organizations, including those based in Pakistan, still had a long way to go in terms of adapting to the dynamic needs of the 21st century. He expressed the hope that COMSATS is aware of what needs to be done and that the work it does will contribute to accelerated growth for the nation in coming years. 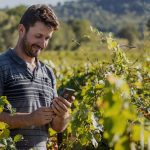