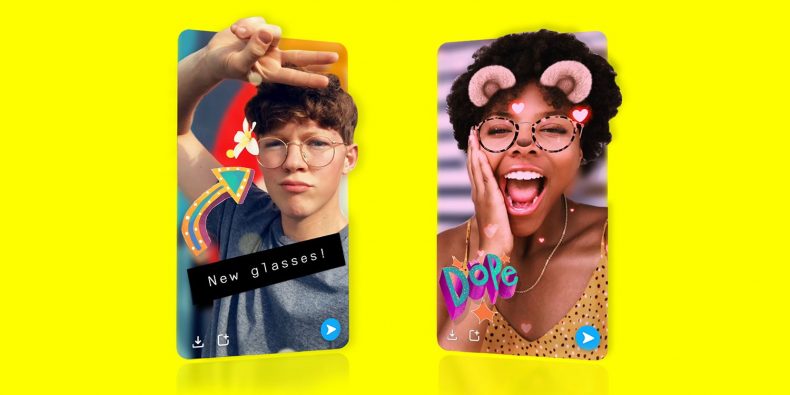 People with iPhone X or the newer versions can use this feature easily on their phones but other mobile phone can also take or receive 3D photos on their phones but they would have to move their phone around to easily see every dimension. An official from Snapchat says, it will soon support additional devices.

Snapchat gave the idea of this feature when they announced the Spectacles 3 last month. Spectacles 3 are sunglasses with AR cameras which gives hi-definition result for depth perception. These glasses are less clunky, and come with more features than their predecessors. (source)

The new Snapchat feature gives depth to every picture, users can apply different frames and other accessories in unique angles that no one has ever seen before. Snapchat is also introducing 3D library, in which you would get specially designed filters and lenses for 3D images.

To use this feature, you need to download the latest version of Snapchat from App store. Open the camera application and then use the drop-down menu on the right side. There you will see an option of “3D”, which allows you to take the selfie. Swipe on the screen you would be able to apply 3D filters and lenses. They ensure that these features will bring life, magic and the real story in your snaps.

In an official statement by Snapchat they said “We’re releasing this new capability on a small handful of phones to start with, but any phone can receive and interact with one of these Snaps. If you come across one of these new kinds of Snaps in a Story, you can bring it to life by giving your phone a wiggle”.