Snapchat has been in a turmoil over the past few days. The reason for this is a comment against India. A former employee of Snapchat has alleged that the CEO of Snapchat said the app is “only for rich people” and he doesn’t “want to expand into poor countries like India and Spain.”

The comment after being featured on Indian news websites spread like a wildfire in a jungle. Enraged Indians over this comment started “#UninstallSnapchat” & “#BoycottSnapchat” trends on social media and just in a day, the app took a dive to 1-star rating in App store. Confused over the name of the application, SnapDeal, an e-commerce platform, got the heat of the rage too as people mistook Snapdeal for Snapchat and started uninstalling it.

Anthony Pompliano, an ex-employee of Snapchat filed a lawsuit against the app ahead of its public IPO, alleging the company has been “falsely misrepresenting” itself. Among other things, the lawsuit also had a statement from company’s CEO, Evan Speigel, where he reportedly said,

“This app is only for rich people. I don’t want to expand into poor countries like India and Spain.”

Snapchat Inc. denied the allegations by stating that they are “totally made up by a disgruntled former employee.”

Soon after the news came out, Indians took to social media to express their displeasure over alleged comments of “poor India” from Snapchat’s CEO. People began uninstalling the app and gave it poor rating and reviews on Google Play as well as App Store. Here is a screenshot:

Anonymous Indian hackers claimed that they’ve leaked the data of 1.7 million Snapchat users which they hacked last year. Hackers found the bug in the app last year but never exploited the vulnerability. They’ve further threatened to carry out a massive strike against the company on darknet unless the CEO apologizes for his remark. However, Snapchat has not confirmed the leak or hack yet.

“This is ridiculous. Obviously, Snapchat is for everyone! It’s available worldwide to download for free. Those words were written by a disgruntled former employee. We are grateful for our Snapchat community in India and around the world.”

Snapdeal caught in the backlash

Some of the miffed and confused Indians mistook India’s e-commerce app, Snapdeal, for Snapchat and began to uninstall it. Many of them even posted the screenshots of negative reviews and low ratings on social media.

"We don't care.. anything starts with "Snap" we will uninstall ! ????#boycottsnapchat #snapdeal

Thanks bud. Ppl asking us to make a statement that @snapdeal is not @snapchat was possibly the last thing I thought I would ever need to do.

Snapchat has denied all the allegation from a disgruntled former employee. We’ll inform you if there’s a further development in the story. Just to note that SnapChat’s CEO has visited Pakistan previously and gave a talk at a university as well. 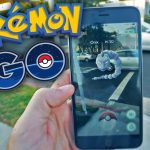