40% of the world’s population is hooked on social media, new report says 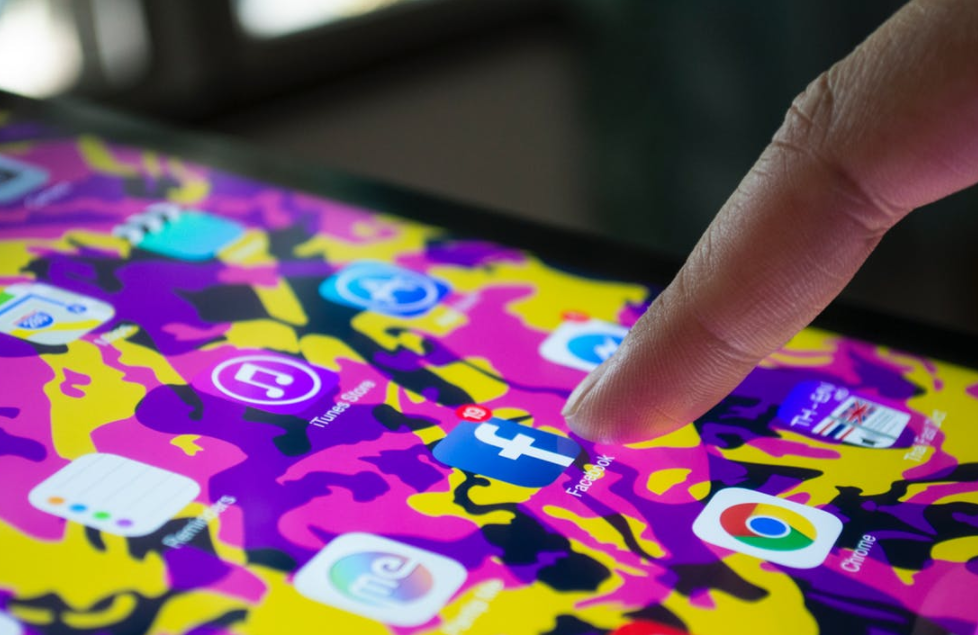 The Global Digital Snapshot for the third quarter of 2017 reveals that almost half the world’s population is now connected to the Internet. While the total number of social media users have also crossed the 3 billion mark. The report was compiled by Hootsuite and We Are Social.

To give you perspective on this, there are currently 7.52 billion people in the world and 3.81 billion people now have access to the Internet and this makes up for a 51% penetration. Furthermore, 3.02 billion people are now active social media users with 2.78 active mobile social users, while there are 5.02 billion unique mobile users. 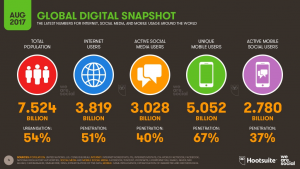 The report also gives a detailed breakdown on social media usage. At 3.02 billion, 40% of the world’s population is hooked to social media platforms. Not far behind are active mobile social users which make up 37% of the world’s population. Facebook is leading the social media race with 2.04 billion people actively using its platform. Interestingly, 56% of its profiles are marked as male while 44% are female. Meanwhile, Facebook’s subsidiaries WhatsApp and Instagram have 1.2 billion and 700 million users respectively. YouTube took the second spot with 1.5 billion active users. 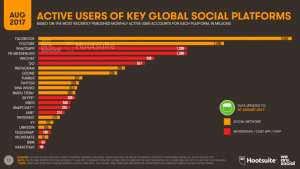 Globally, mobile usage has also increased with 650,000 adopting mobiles every day since the last quarter. There are 5.05 billion mobile users and these users have a whopping 8.23 billion mobile connections. It is also interesting to note that more people are accessing the Internet and social media via their mobiles. On average, a smartphone user consumes 2.3 GB of mobile data. Facebook alone drives 87% of its traffic from mobile devices.

The Global Digital Snapshot gives a good perspective on how fast the world is progressing digitally. Despite a relatively slow progress, Pakistan is also making its way up the digital ladder. Internet users make up 17% of the population and there are 44 million social media accounts. 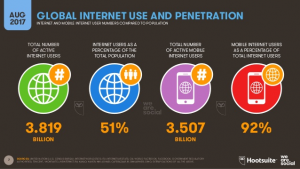 Here’s a look at the complete Global Digital Snapshot: 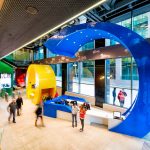 Google could soon get sued by female employees for gender discrimination