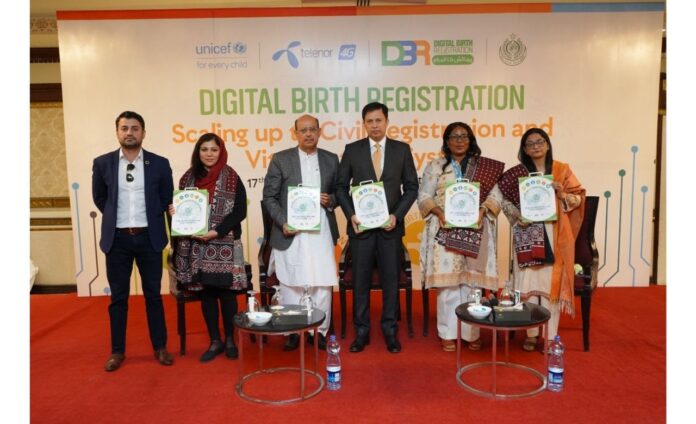 With the help of innovative technology, Telenor Pakistan and UNICEF have joined hands to hand over the Digital Birth Registration (DBR) system to the Sindh government. In the wake of a successful launch in three pilot districts, the Sindh government is now all set to take over the DBR project and scale it across the province.

In an event that took place in Karachi and was attended by officials from Telenor Pakistan, UNICEF, and the Sindh government, the DBR project was transferred to the provincial government.

The project, with its goal of birth registration for kids under the age of 17, has already helped recognize the identities of almost 1.8 million children across the nation ever since its introduction in 2017.

The DBR project ensures that every child gets their basic right of identity which would result in giving them better access to education, healthcare, and basic human rights.

Talking about the importance of the DBR system, CEO Telenor Pakistan Irfan Wahab Khan explained that it plays a significant role in the country’s attempt to fulfill its development goals.

“Birth registration is the fundamental right of every child and is a legal proof of their existence,” the executive stressed. “Every life registered through the DBR platform takes the nation another step closer to the fulfillment of country’s development goals, and even more importantly, plays a vital role in mitigating the effects of inequalities and socio-economic disparities.”

Also present at the project transfer ceremony was VP Sustainability and Partnerships at Telenor Group Zainab Hussain Siddiqui, who said that the DBR began as a way for effective usage of technology to give children their fundamental right to an identity.

“Today the project is set to take on a larger scale, helping more children access their right to a future,” she stated. “This progress has been possible thanks to strong collaboration with our global partner Unicef and the support and engagement of relevant government agencies.” 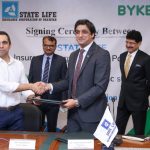