Tesla is a company popular for making electric and self-driving cars. It recently announced its first, all-electric truck with 500 miles range on a single charge. Moreover, it also introduced Tesla Roadster, which is the fastest electric car it has ever produced. The new products will be in production by 2019.

But this year, along with the announcements of a new car and truck, Tesla also introduced 2 new products for smartphone users. The products we are talking about are the power bank and its Desktop Supercharger. We’ve already talked about the power bank in detail. It comes with a 3,350mAh 18650 cell which is the same cell used in its Model X and Model S cars.

Let’s talk about the Desktop Supercharger now. The best thing about the charger is how it looks. It is a full replica of Tesla’s car chargers and literally, the only difference in their looks is the size. Tesla says that their team worked used the same process they use to manufacture car charger and to replicate every detail found in the scale model. Tesla’s new phone charger, as the name suggests, sits on a table and comes with a USB port. You can connect any USB cable with it and charge anything you want.

Tesla did not mention if the charger supports the fast charging or is it just a 5V/2A charger.Here’s what the charger’s description reads.

“The Desktop Supercharger scale model was officially commissioned by Tesla. Every detail was meticulously overseen directly by the Tesla Design Team in California. The same 3D CAD data used to manufacture the actual Supercharger was used to precisely replicate every detail, curve and surface found in the scale model.”

Now let’s come to the price, as we told yesterday that the Tesla’s power bank costs $45 and there are a lot of cheaper alternatives present on the market. The Supercharger also costs $45 in a world where a charger can be easily found under $10. But those charges are not made by Tesla, right?

Tesla is a giant battery manufacturer so it will not be difficult for it to produce such small charges and batteries on a large scale. The power bank went out of stock when it first arrived but Tesla brought it back to the stock quickly and it did not run out of stock since then. 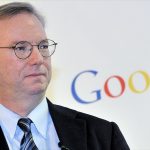