The connected cars to be the next target of the hackers 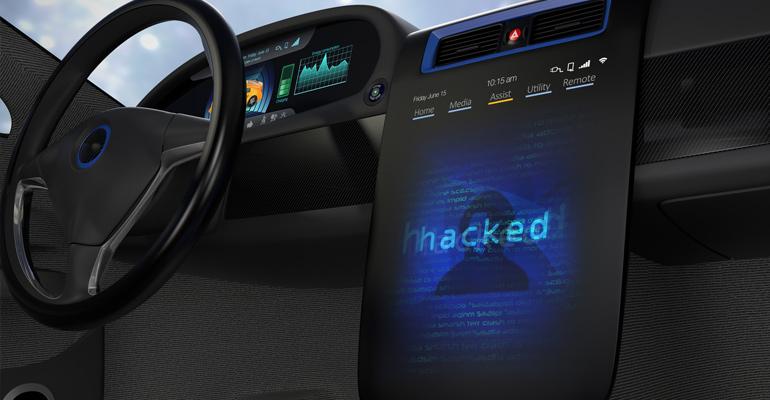 As cars are slowly transforming into rolling computers, cyber-attacks have become a new form of road hazard. An Israeli security firm designated as GuardKnox revealed a potential threat in a formula 1 driving simulation at the CES. Just a few moments into the virtual driving and engineer by the firm act as a hacker hacked the system and the steering feels stopped working in the racing car. As the virtual race finished the driver remained stuck on the side of the road due to the hacking. According to cybersecurity specialists, events like this can become very real if the system gets hacked.

According to GuardKnox, all the new automatic cars have a lot of installed computer chips, mobile technology, and sensors that can easily be accessed and sabotaged by hackers. The issue is even severe in self-driven cars, that are communicating in real-time and possess smart city infrastructure.

Moshi Shlisel the CEO of GuardKnox came up with an example of a fuel tanker truck that gets hacked by a hacker. The hacker can easily send the truck to crash in a metropolitan building. He quoted such dangerous cyber threats as “September 11 on wheels”.

Henry Bezeih a former member of the Council of Automobile Cybersecurity said: ‘Cybersecurity has become as integral to vehicle engineering as crash safety and fuel efficiency. Connectivity is the reason why this is happening. Now all elements have to be designed with cybersecurity in mind.”

This cybersecurity firm Upstream had logged in over 150 automobile hacking incidents in 2019 which is almost double than in 2018. The hacks include altered cloud connection, abnormal car door locks, and alteration in the targeted software. In 2019 over a dozen luxury cars had been stolen after the hacking of Daimler’s Car2Go app.

Dan Sahar, the vice president of the firm said: “The ultimate worst-case scenario would be if somebody applies one of the car functions when it’s not supposed to do that, and does not across multiple vehicles. For example, if someone hits the breaks on all vehicles of a specific model at the same time. That would be catastrophic.

Another cybersecurity experts stated that if an attack is designed and executed on the computer and then that computer is installed in the car, any hazard is then possible. The carmaker giants have considered these vulnerabilities very seriously and are contacting paying partners and security researchers for building security into components.