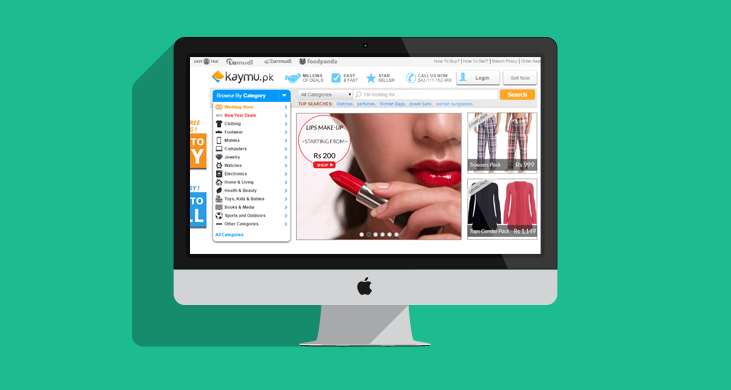 Kaymu.pk which was formerly Azmalo.pk as of September 2013, is still a pretty shady place to do business. While the site acts the same way as eBay and Amazon i.e. a bridge between buyers and sellers on a single platform, sadly, the latter crowd are still quite dubious and questionable in nature when dealing with a variety of products which can be better bought in the open market with little money spent on fuel to better avoid a scam or have other more trust-worthy sources to go towards.

In the near hour or so I spent looking at various sellers putting their wares up on the site, I couldn’t find a single seller who had a solid 4 – 5 star rating and more than 10 reviews; the average seller ratings I found were 3 stars and in each of the cases of sellers like GNC (2.7 Stars from 186 votes), fashion-accessories-nida (2.9 stars from 11 votes) and elegancyonline (3.3 stars from 36 votes) are only a few of the dozens if not a small part of 100’s of dubious sellers I found.

According to the reviews of most of the people who left 1-2 star ratings, the most common are the expected complaints of fraudulent activities such as a defective or faulty product reached the customers door step without any update of the seller offering to replace or refund for the product; the order never arrived at all despite cash payments being made; the product didn’t appear as advertised and of course the most common complaint presented was how products like the Beat Pill and other knock off Beat products don’t have a single indicator of these products being A-Grade copies or “clones” there are actually people who believe that they are getting a $200 – $300 headphone for only 10% of the price on the official site of the product and once the product fails or the consumer learns of this, they end up having buyer’s remorse.

While we can still find the above instance easily in places like Hafeez Center, in my own experiences there have been many times where a shopkeeper will tell me if the product I am about to buy is genuine or a copy/clone of the original, this is especially the problem with USB’s and there are also other measures to ensure protection of the consumer in places like Hafeez Center where there is always a buddy system in place when going for shopping, a person who is not versed in the world of technology will almost always ask their friend or family member who is knowledgeable in the world of technology to accompany them.

Shopping online is something which anyone can do now and most people don’t bother to properly research the legitimacy of the product being sold online as they would be able to do in Hafeez Center with the help of going to other stores, but Kaymu doesn’t give you a clerk or salesman to talk to or read for small white lies. Here in lies the problem of e-commerce in Pakistan and why in most cases we see many instances where someone wants to show their command over the digital realm by buying something online without the helping hand of a friend or family member to warn them of the potential pitfalls of buying something off of the internet, even if the intention is purely selfish or self-less, the unaware consumer spends a few 1000 PKR on a gift that would ultimately never arrive or arrive with a whole bunch of problems that would either dissatisfy the end user or the consumer of the product.

Kaymu.pk is under the umbrella of Rocket Internet, a prosperous e-commerce focused venture capital firm and a very popular start-up incubator. The company has 40 other ventures in various parts of the world and they are yet to come under such treacherous dealings that kaymu.pk has become known to be an iffy place to deal with especially if you are looking to buy into a product that you plan on making use for the long term.

More examples of the site and it’s sellers repute can be further illustrated with how outraged consumers are with the lack of good quality or proper “power banks”. Much like the Pill, don’t expect to find many good sellers here. Almost every seller with more than 10 ratings has yet to break the 3 star barrier set by the low ratings given by various consumers for a number of reasons.

While Kaymu was caught recently in another scandal of selling pirated video games on a website that is supposed to be part of a foreign e-commerce body, this is easily grounds for a lawsuit to Rocket Internet and when Kaymu was made aware of this issue, they issued a statement to assure the people that their team was working diligently to track down and ban users who sell such products, this is a typical and robotic response from the company because as you can see from my two examples of the Beat Pill and Power Banks, there are still plenty of presenting complaints that indeed show that the quality check is still not what it should be.

If you further head into the jewelry section and even the electronics section of the site, you will see misleading products being sold because of false advertising without any indication that this product is a forgery or doesn’t actually contain a property that is being advertised.

This is especially true for the jewelry section of the website which is easily the place where men and women fall prey the most due to the lack of knowledge about the legitimacy of the product and are just looking for an affordable and quick gift to give their significant other or spouse for a special occasion, but once the spouse or significant other discerns the real McCoy from the cheap knock off, this will undoubtedly make the original buyer of the product red with shame who may have had good intentions at the time of buying said gift but in the end resulted in being made to look like a fool due to the dishonesty on the end of the seller too because of misleading the customer with attractive keywords such as 18K gold filled jewelry to help entice the uneducated layman into a trap.

In the end, as someone who has been exploring the e-commerce scene in Pakistan and having used sites like hafeezcenter.pk, shophive.com and used local forums for my commercial dealings among other forum members, I would advise you to use your best judgement before going to Kaymu.pk or if you are shopping there, have some one experienced in online shopping sit with you to go over the credibility of the reseller.

Moreover, I strongly urge the Kaymu management to take a stronger stance against keeping the seller accounts that continue to collect negative reviews live, or it could go against Kaymu as a brand in whole. Seller’s pre-evaluation and a transparent complaint system devised by Kaymu itself instead of having to take up the grievances directly and only to the seller could also help. While it’s true that measures like these could make things difficult for small, legitimate sellers but unfortunately this has to be done in the view of greater good for both sellers and buyers alike. 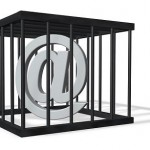