The new Galaxy S9 leak leaves nothing to the imagination

To be honest. Almost nothing!

It wouldn’t be wrong if someone says at this time that Samsung Galaxy S9 and Galaxy S9+ have gone official. Realistically speaking, they are not. But so far, now we know the possible design of Galaxy S9 variants has been unveiled. And how’s that happened? The cases of Samsung Galaxy S9 have surfaced in a recent leak, listed as official accessories of the upcoming flagships on Winfuture. The cases have revealed the possible design of the flagships, where the major design change of placing fingerprint scanner below the camera setup has been further affirmed, which was earlier placed on the weird spot (right side) in Galaxy S8 and S8+.

As far as the leak goes, there will be two new styles of cases, Hyperknit and Protective Standing Cover. Hyperknit is a woven texture that is usually found in outfits made for those weekend warriors who are into sports. In fact, the box points out that the case is lightweight and sporty. On the other hand, the rugged Protective Standing Cover is certified to offer military-grade protection and will help your Galaxy S9/S9+ survive a drop of 4.9 feet or less. It also will protect the device from dust, extreme temperatures, and features a kickstand for watching a video in landscape.

As we already know, there is indeed a shorter camera cutout on the case meant for the S9 which will have a single rear camera, and a longer one for the S9+, indicating we may have the first S-line phone from Samsung with a dual camera setup this year. The rest of the infinity display on the front design is all the same as S8 variants but further maximized.

Meanwhile, the famous phone leaker Evan Blass has recently revealed the all-new DeX Pad for S9 variants. Samsung’s DeX dock can transform the S8/S8+ into a desktop PC. This upgraded dock will apparently eliminate the need for a mouse and keyboard too.

For a quick flashback of what we know so far about the specs and features of the Galaxy S9 is that the device will feature the same 5.8-inch curved Infinity Display. The device will have the 18:5:9 aspect ratio like its predecessor Galaxy S8. The regular variant of Galaxy S9 will be featuring a 4GB of RAM and 64GB of internal storage. Galaxy S9 will feature wireless charging, IP68 water and dust resistance, the iris scanner, and earphones powered by AKG. The device will most likely feature Exynos 9810 chipsets.

The Galaxy S9 variants are all set to make their debut after a couple of weeks, a day before the MWC where many other tech giants will be showcasing their innovative smartphones and other gadgets. 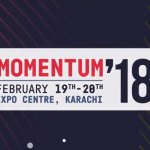 7 reasons why you should attend Momentum Tech Conference