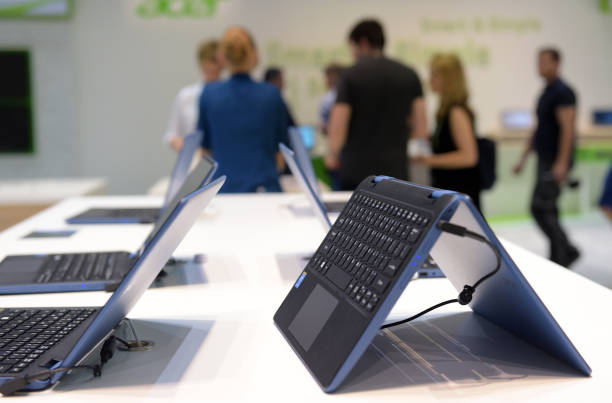 This year’s CES had some amazing laptops to show, there were more than a few interesting out-of-the-box designs with exceptional hardware. Laptop manufacturers made a lot of improvements in their previous flagship models and came with much thinner bezels, less weight and better specifications making their laptops ultra-portable and high-performing engineering marvels. Among a plethora of options, we picked the three best laptops which had the best design, display, and specifications. 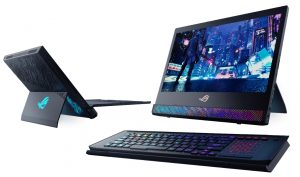 Perhaps the greatest design in the field of gaming laptops thanks to its complete reinvention of what a gaming laptop should look like, Asus ROG Mothership G2700 was by far the most impressive piece of hardware in the laptop category in CES 2019. It’s equivalent to what the Surface Pro 2 in 1’s are except it has a much larger screen and way more powerful specs. Unlike, traditional laptops, Asus Mothership G2700 is an all-in-one, kickstand equipped unit and is detachable from the magnetic backlit keyboard. The keyboard also features a touchpad.

The price hasn’t been announced yet while shipping of this model is set to begin in Q1 of 2019. 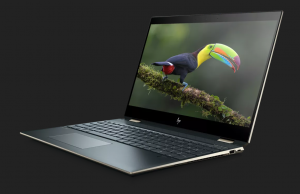 One of the best 2 in 1 convertible laptop in CES 2019 with top-of-the-line specs and premium build, the differentiating factor, however for HP Specter X360 (OLED) is the OLED display that separates it from its competition. HP Specter X360 (OLED) is a revision of its predecessor with updated specs and a completely different display. It comes with the following specification:

HP Spectre X360’s superior display offers very bright and accurate colors (covers 100% of the DCI-P3 color gamut), a high contrast ratio (100,000:1), wide horizontal viewing angles, deep blacks, fast response time and most of all a better user experience. Its price is yet to be announced while its shipping is expected to begin around March 2019. 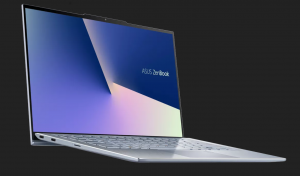 Another laptop with intriguing design and an excellent display is Asus Zenbook S13, the latest in the series of Zenbooks with perhaps one single goal, which is to make the bezels as thin as possible. The latest Zenbook S13 has the thinnest bezels in the market with a whopping 97% best screen-to-body ratio. The interesting thing about this model is that Asus had to include a reverse notch, yes, you head that right! a reverse notch to place a webcam above the display, since the bezels of this device are ultra-thin, therefore leaving no space for the webcam.

The laptop also excels in performance, with flagship specifications:

Asus hasn’t announced the price of this model but the company hinted that ZenBook S13 will have the same price as the ZenBook 13 UX333FA. 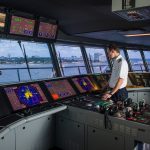 World’s magnetic navigation system to go for an urgent update