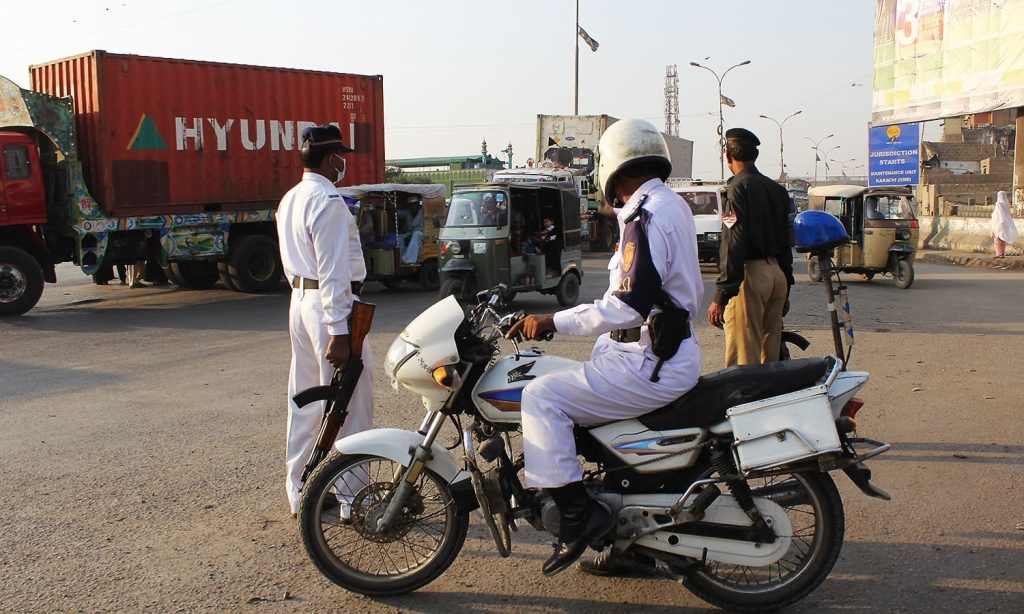 Keeping the recent rising crime rate of Karachi in mind and how unsafe the environment of the city has become, Sindh has decided to provide the traffic police department with the technology of body cameras as a safety measure. As per reports the department is going to provide a total of 768 body cameras to the City Traffic Police (CTP) of Karachi.

Ghulam Nabi Memon who is the Inspector General (IG) of sindh police department, delivered a statement in this regard at a high level meeting. As told by a police spokesman, the IG of sindh police stated that a training course will be provided to field operatives, in this training course they will be taught how to use these body cameras and its various functions.

In continuation to this the IG of sindh said that the police operatives having body cams will be monitoring the street crime and the violation of traffic rules. Which is going to result in a productive measure against these violations and will also be helpful in taking actions on the spot.

Apart from the body cameras, the administration of Karachi has been successful in linking 20,000 private CCTV cameras to the police system. Karachi’s all police stations have also been improved with e-tagging capabilities.

Javed Akhtar Odho who is the additional inspector general (AIG), notified all of the listeners with the good news of all police stations in the metropolis holding the new service of e-tagging, as well as that up to 20,000 private CCTV cameras are linked to the police system.

He ended with explaining the future goal of bringing various smart technological gadgets to the department in Karachi, as it will serve as a means to handle most of the rising street crime in the city.