WhatsApp update you feared the most is now confirmed

WhatsApp will start showing ads in the Status section that will appear in the same manner as Instagram Stories.

We know that WhatsApp is an add-free messaging platform. But we’ve been continuously hearing rumors about the inclusion of advertisement on WhatsApp since its inception. Unlike last year’s report of The Wall Street Journal that cited some officials from WhatsApp that the Status feature was supposed to showcase ads in 2019. However, as of now, various tech media outlets have reported that WhatsApp will start serving advertisements in 2020 as affirmed in a company’s recent event.

According to the reports, the announcement about the inclusion of ads on WhatsApp was made at the Facebook Marketing Summit in Rotterdam, Netherlands. The report further states that the ads will initially appear in the WhatsApp Status feature, much like they appear on Instagram Stories. It is worth mentioning here that there have been several reports this year which had claimed that WhatsApp Status feature will be getting ads. But now the company has officially announced the update we feared the most but it will still take almost a year to be fully integrated into the platform.

Moreover, WhatsApp ads will be made available on Status Section of its Android as well as iOS versions of the app. It must also be noted that the announcement has not been officially made via WhatsApp or Facebook though. BeConnectAgency’s head of social advertising, Olivier Ponteville, who was attending a session of the Facebook Marketing Summit in Rotterdam, posted about the announcement on Twitter with picture proof. The image from the presentation slide has revealed what ads will look like on the instant messaging app. Rest assured, the development was also shared by other bloggers and developers present in that session.

WhatsApp will bring Stories Ads in its status product in 2020. #FMS19 pic.twitter.com/OI3TWMmfKj

WhatsApp Status was launched in 2017 and functions remarkably similarly to Snapchat Stories and Instagram Stories, where users post photos or video that disappear after 24 hours. However, now putting ads to the most loved feature by people would be a great disappointment for WhatsApp users. 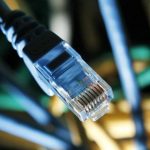