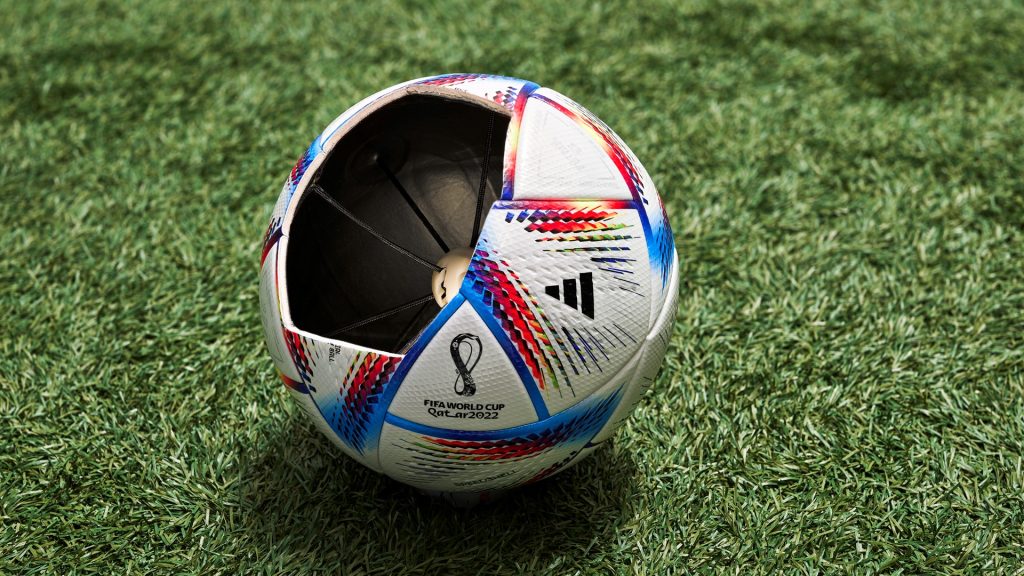 This is the first Worldcup in which a Semi-automated football is being used which comprises high-tech sensors to asists referees, that is why footballs are charged before every game. Adidas the official FIFA partner for the tournament is supplying the match ball for the tournament. The official match ball has been named “Al Rihla”, meaning journey in Arabic. The official ‘Al Rihla’ footballs used for the World Cup in Qatar are so high-tech they don’t just need to be pumped full of air, they need to be charged.

Manufactured by Adidas, the ball, has a sensor inside that measures data like speed and direction and allows for ball-tracking and offside calls by the VAR. An earlier report by Daily Mail revealed that an incredible photo posted on Reddit showed the fluro-colored balls being charged, like a smartphone, from a power board before a game.

The relationship between FIFA and Adidas dates back more than 50 years. Since 1970, Adidas has been supplying the official match ball for all FIFA World Cup matches.

We are proud to announce the official match ball of the @FIFAWorldCup 2022 will feature new connected ball technology. Providing an unprecedented level of data and information for more accurate decisions on the biggest stage of all. ⚽️

It’s a long way from the days when people would hunt around for a bicycle pump and then put a bit of oil or butter on an attached small needle to simply put air in a football. The sensor is powered by a small battery, which Adidas said could last for six hours of active use, or up to 18 days when not.

The sensor, which weighs just 14 grams, gives ball-tracking in real-time; with cameras positioned around the pitch helping referees to determine offside and other questionable decisions. Co-founder and managing director of KINEXON, Maximillian Schmidt, who manufactured the sensor said:

“Any time the ball is kicked, headed, thrown or even so much as tapped, the system picks it up at 500 frames per second. Data is sent in real-time from sensors to a local positioning system, which involves a setup of network antennas installed around the playing field that take in and store the data for immediate use. When a ball flies out of bounds during the course of play, and a new ball is thrown or kicked in to replace it, KINEXON’s backend system automatically switches to the new ball’s data input without the need for human intervention,” 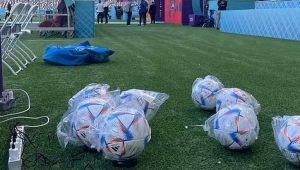 Though machines are not infallible, with many slamming the VAR in the opening game between Qatar and Ecuador for disallowing a goal to Enner Valencia; it’s not just about the data the ball can pull, either. This high-tech sensor football came into the limelight when it was determined that Bruno Fernandes scored a goal and not Cristiano Ronaldo during the match between Portugal and Uruguay. Before, this FIFA world cup match, no one knew about this advanced soccer ball.

The Design Director of Football Graphics and Hardwear at Adidas, Franziska Loffelmann, said the ball was also lightning fast.

“The new design allows the ball to maintain a significantly higher speed as it journeys through the air. For the biggest global stage in all of sport, we set out to make the impossible possible with radical innovation by creating the fastest and most accurate FIFA World Cup ball to date.”

Extra speed comes from the fact the ball is made with water-based inks and glues, with dimples on the skin also giving it a much smoother feel; rather than using raised textures like previous balls.

“Year after year, it gets better for the strikers, and for us goalkeepers, it gets very tough, this is a very fast ball,”

KINEXON is the manufacturer of the sensor and spent six years developing and testing the sensor. Every ball actually contains a device with two sensors, each with a different purpose. One is an ultra-wideband (UWB) sensor that is more accurate than GPS or Bluetooth and the second sensor is an inertial measurement unit (IMU) sensor, which gives a granular look at how the ball moves in space.

Every time a ball is kicked, the sensors start firing away and pick up data at 500 frames per second. This data is instantly transmitted to the local positioning system (LPS) installed around the field, which stores the information for immediate use.

NEW: Semi-automated offside technology to be used at FIFA World Cup 2022. Full details on @FIFAcom. Here’s how it works 👇 pic.twitter.com/qrDzjsXxph 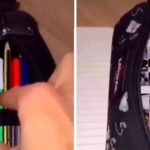