The Global peace promotors, the US military, have unveiled yet another product that can destroy countries easily if they dare disobey them. US military has unveiled B-21 Raider, its first new stealth bomber in 30 years. Northrop Grumman, which developed the aircraft, first showed us a silhouette of the plane covered by a shrouded way back in 2015. Now, the Pentagon has officially presented the B-21 at an event at Northrop Grumman’s plant in Palmdale, California, but most of its details still remain a secret. Prior to the event, though, the company called it the “world’s first sixth-generation aircraft,” which means it’s a lot more technologically advanced than the military jets in service today.

“The B-21 Raider is the first strategic bomber in more than three decades. It is a testament to America’s enduring advantages in ingenuity and innovation,”

The ceremony at B-21 manufacturer Northrop Grumman’s facility in Palmdale, California opened with the US national anthem as older bombers roared over a crowd that included top US officials. Dramatic music played and lights flashed as the doors of a hanger holding the new aircraft slowly opened, and the crowd applauded as the cloth covering it was pulled away to reveal a sleek grey bomber that is on track to cost nearly $700 million per plane. US Defense Secretary Lloyd Austin said in remarks at the ceremony.  Doug Young, sector vice president, and general manager of Northrop Grumman Aeronautics Systems said:

“The B-21 is the most advanced military aircraft ever built and is a product of pioneering innovation and technological excellence. The Raider showcases the dedication and skills of the thousands of people working every day to deliver this aircraft.”

Take a closer look at the B-21 Raider — the world’s first sixth generation aircraft. This changes everything. #DefiningPossible #RiseoftheRaider pic.twitter.com/rZIINucOug

The US has not uncovered many specifics of the aircraft but the plane will offer significant advances over existing bombers in the US fleet, which Austin highlighted in his remarks.  Northrop Grumman says about his aircraft:

“no other long-range bomber can match its efficiency — and its durability is designed to be the most maintainable bomber ever built. 50 years of advances in low-observable technology have gone into this aircraft. Even the most sophisticated air defense systems will struggle to detect the B-21 in the sky,”

The B-21 features stealth technology, which minimizes an aircraft’s signature through both its shape and the materials it is constructed from, making it harder for adversaries to detect.

The aircraft was designed using next-generation stealth technology so that it can remain undetectable even to advanced radars and air defense systems, Northrop Grumman said in a previous announcement.

A Northrop Grumman official also said that the B-21 can fly in full stealth mode every day, according to Air and Space Forces Magazine, unlike the current model that needs hundreds of hours of maintenance between missions. The aircraft will use a cloud-based digital infrastructure that’s cheaper and easier maintenance, and the military can also roll out rapid upgrades for separate components so that it’s always protected against evolving threats.

“For nuclear deterrence, the bomber fleet provides flexibility to US nuclear posture, and redundancy should any of the other legs fail,” Nelson said.

The “Raider” portion of the aircraft’s name honors the 1942 US bomber raid on Tokyo led by then-lieutenant colonel James Doolittle, the first American strike on Japan’s homeland following the surprise attack on Pearl Harbor the previous year.

“On a cold and rainy April morning, four months after Pearl Harbor, 16 US Army bomber planes took off from an aircraft carrier in the Pacific. They flew more than 650 miles to strike distant enemy targets and the Doolittle Raiders, as they came to be known, showed the strength and the reach of American air power,” 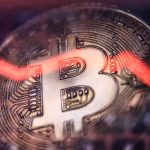