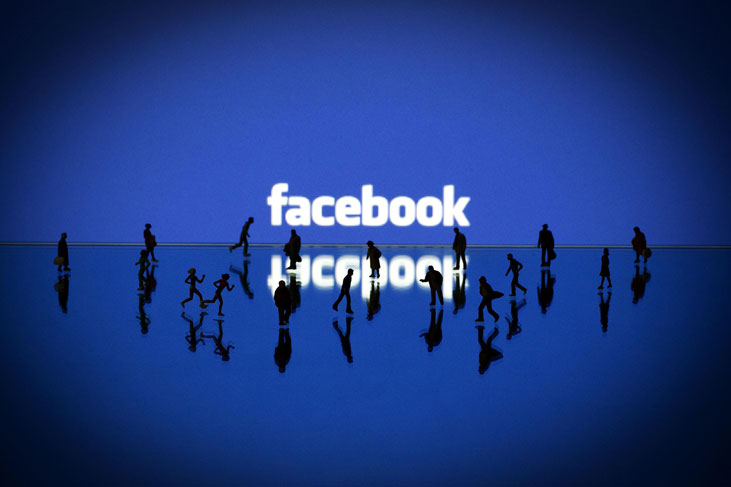 Over the years Facebook has been a major part of my social and family life. The mode we used to invite friends and families to events, saving costs of printing cards. It was the homepage of most my cousins and friends, we didn’t even bothered signing out of our accounts, on our personal computers of course. It had slowly turned into an obsession. If anyone didn’t had a profile, that anyone seemed non-existent. Slowly and gradually, Facebook became the most “reliable” source for finding out any source of information one needed to know about someone, along with plenty of other ignorable stuff. But as we aged, we realized we weren’t getting close to each other the way we should have. We were not on personal terms with each other. Fast forward seven years down the pipeline, it seems as if Facebook is the next victim in the social network graveyard, buried alongside Myspace and Bebo.

We all have lost interest in Facebook. The generation that got hooked on to Facebook, has changed and so has our requirements for social networking. But Facebook, somehow, remained stagnant. In an era of ruled by smart phones and other millions of applications, Facebook doesn’t seem to just “fit in”. Photos can be loaded onto many other photo sharing web-sites, Twitter handles the status updates in a rather fun way and you do not need the Facebook messenger to stay in touch anymore. There are thousands of other options available. On a more personal note, I get a fear chill run down my spine every time a facebook notification pops up- is it that dreaded life requests (game requests), has some awkward person added me as a friend for no reason what so ever or has someone shared a not so flattering photo I am a part of.

I don’t remember posting a Facebook status in the recent times, but I tweeted just now and do it multiple times a day. I am no longer interested in knowing how people are feeling or what color of clothes they should wear to their kitty party. I am not interested in any of the dull updates either. I am more interested in communicating with the world through a simplified user experience, without being bombarded with unnecessary and sometimes, crappy advertisements. I want platforms which make it easier for me to connect with my favorite celebrities and companies. LinkedIn and Twitter help me do that with ease. I don’t have much time to sit everyday and check on my security settings and adjust them accordingly. I strongly feel facebook has now gone stagnant, reached the maturity stage of the business life cycle and is now on its way to the decline phase as the recent surveys rightfully point to this trend.

The “Social Media 2014” report shows that one in ten (10%) social media users stopped using Twitter and around the same proportion (9%) stopped using Facebook in the past year. The main reason for social media users stopping using services was a loss of interest (55%), followed by increasing concerns about privacy (26%). One in five (21%) say they were fed up with advertising and marketing strategies (21%) and one in six didn’t like third parties having access to personal content (17%). 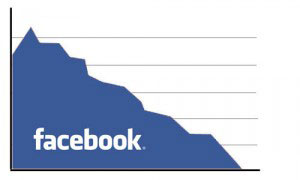 Another report from Enders Analysis showed that the number of facebook users is now slowing down, or rather, starting to decline. The numbers in the bars represent the number of users who hooked onto facebook. 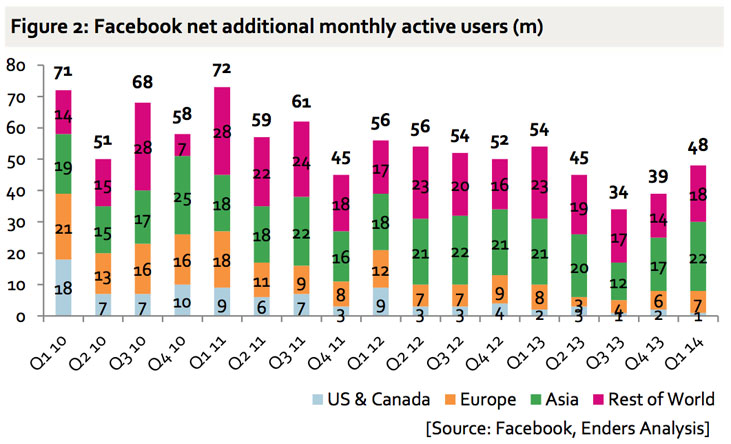 From a business point of view, the world continues to specialize. Twenty years ago, you had only a department and at most, two people performing multiple tasks. Now, everything has a specialist. There are experts in every field. Ever heard of Content Writers? Infographers? Event Planners? SEO’s? I know I didn’t. We humans have a tendency to create new complexities in life and then tackle them in new ways to make ourselves look relevant. Same thing goes for Social Media. Facebook was the one-stop shop of the 2000’s. Not anymore. Now we have dedicated photo sites, video sites, news sites, micro-blog sites, check-in sites, and the list goes on and on. And as we progress further, this trend will continue further and more specialized sites within site would result in Facebook losing its members. 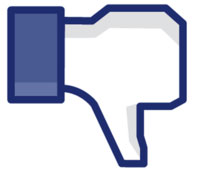 People are now bored from using Facebook. Its ever changing privacy policies and the type of data being collected from the users are all playing a major role in pushing people to step out of their facebook world – last year, Facebook released a study which revealed that they are now undergoing a new type of data-collection to understand as to why people censor their posts by typing in something and then not publishing it.

The reason for still being on Facebook is because I have study groups to cater to once a week, and have to talk to friends whose phones were stolen. My emphasis on once a WEEK! 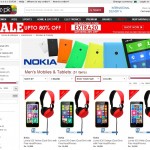 Buy your Lumia Phones from Daraz.pk