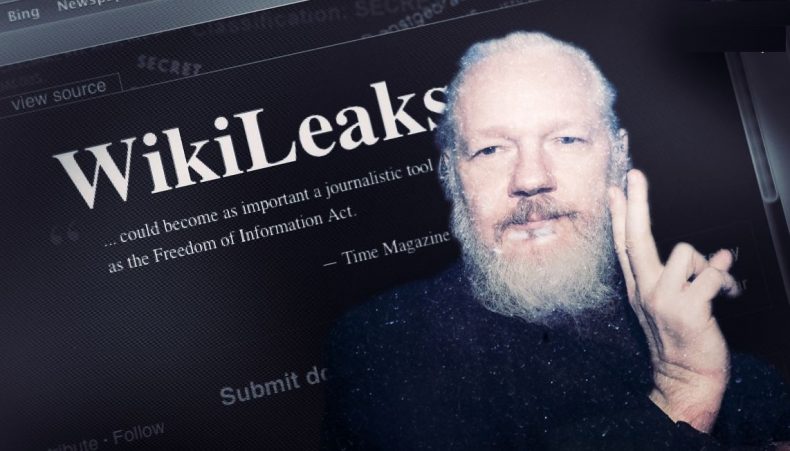 Julian Assange, founder of WikiLeaks a website famous for leaking governments’ documents online, today appeared before a British court to exclaim that he would not surrender to a U.S. extradition request, a day after he was sentenced for 50 weeks (just under a year) for breaching bail conditions.

The Australian national, Assange aged 47, addressed his supporters by video link from Belmarsh Prison, a high-security jail in south-east London. He expressed that he is having a bad time but “not for doing journalism that’s won many, many awards and affected many people.” Assange looked relaxed, dressed in jeans, a white T-shirt and a dark blazer as he addressed Judge Michael Snow at Westminster Magistrates court and he was not even handcuffed.

Assange was arrested by British police last month, after the government of Ecuador revoked his political asylum, accusing him of everything from meddling in the nation’s foreign affairs to poor hygiene.

Meanwhile, previously the court remained unimpressed by Assange’s written apology and his lawyer’s argument that he seeks refuge in the South American country’s London embassy because of immense fear of being taken from Sweden, where he faced sexual misconduct charges, to the U.S. to face more charges related to his WikiLeaks activity. His supporters also fear that if he would be handed over to US law enforcement, he would be assassinated.

WikiLeaks editor-in-chief Kristinn Hrafnsson said after the sentencing that the extradition battle with the U.S. is now the “big fight” facing Assange. “It will be a question of life and death for Mr. Assange,” he said.

Today’s hearing was the first in a case likely to drag on for months, if not years, legal experts say. U.S. authorities are seeking Assange’s extradition because the Department of Justice has charged him with conspiring to break into a Pentagon computer system to reveal a large cache of top-secret files on everything from the war in Afghanistan to correspondence between State Department officials and U.S. ambassadors.