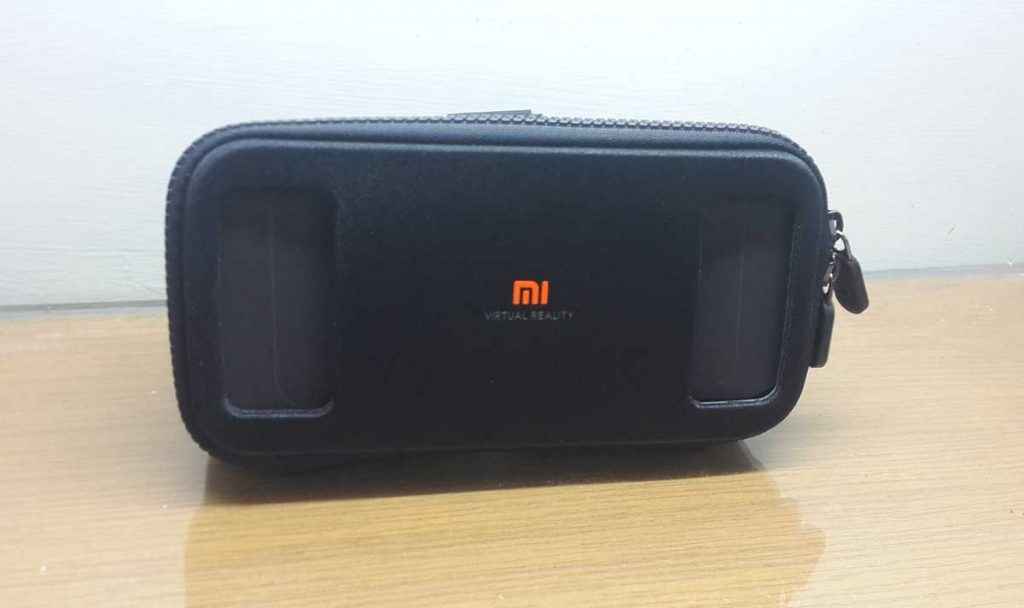 The Oculus Kickstarter campaign started the current VR hype and ushered us in the era of usable, mass consumer VR. Soon after Oculus took off, a number of tech giants entered the fray.

Among them was Google with its cardboard VR, that used smartphones. A VR experience that was rudimentary, temporary and low quality compared to the others, but cheap enough for every smartphone user to try.

While the idea behind Cardboard VR might have been to give the masses a teaser of VR experience, its low price and accessibility allowed it to become something much bigger. Millions of Google Cardboard compatible viewers have been shipped with more than a 1,000 apps made.

Now the Chinese company Xiaomi has decided to try its hand in the low-end VR arena, with its Mi VR. I recently got my hands on a Xiaomi Mi VR Play viewer and played with it quite a bit.

The headset is made of a flexible fibre, Lycra (spandex), with some parts filled with a hard material to maintain the shape. It is worn via flexible, adjustable Velcro straps. The Lycra exterior gives it a good and professional look compared to some plastic headsets of the same category. In short, it would look good lying on your desk or side table.

The viewer is comfortable to wear, not just because it is light (compared to many plastic viewers), but also because all areas making contact with the head and face are soft. Though with glasses, it was a really tight fit. When the ambient temperature was high, after long usage I could feel perspiration around the places where the headset made contact with my face. 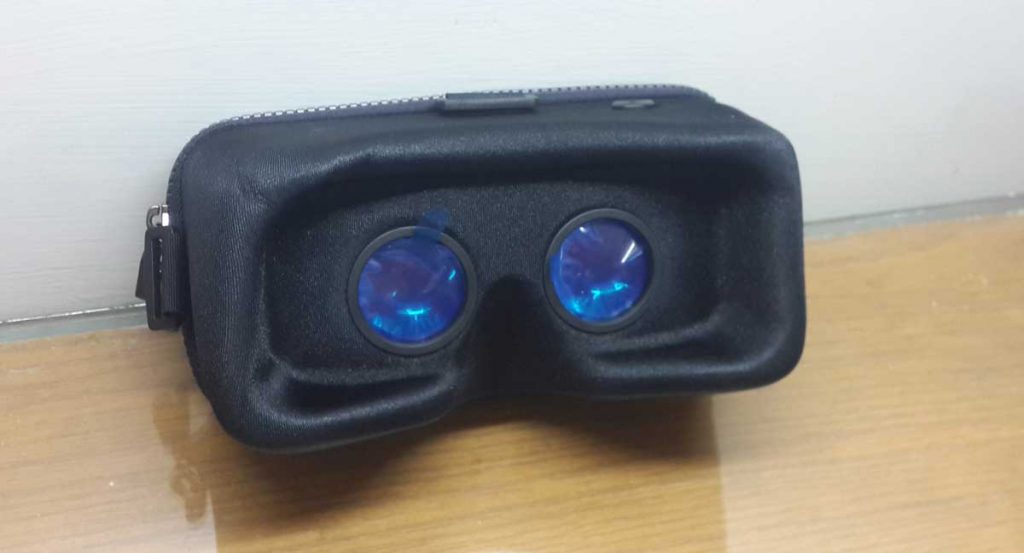 Mi VR Play supports screen sizes between 4.7” and 5.7”. The phone fits in a slot at the front, that is closed with zippers. Aesthetically, the zippers fit in well with the overall fabric based body and works better than Velcro might have. There are rubber contacts in the slot that hold the phone in its place. Two openings at the front allow the phone to be adjusted without opening the phone slot. Furthermore, they should allow the flow of air to keep the phone from heating in the blanket of Lycra around it. 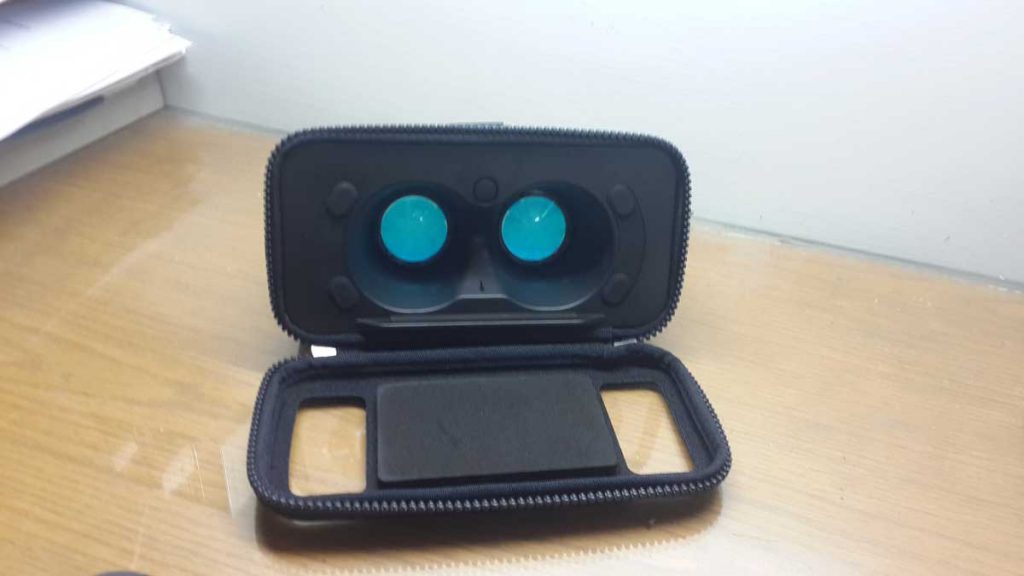 For navigation, the headset has a button on the right side of its upper surface. Unlike the magnetic input from many earlier Google Cardboard like VR headsets, the button activates a rubber contact that simply provides the input as a screen touch. 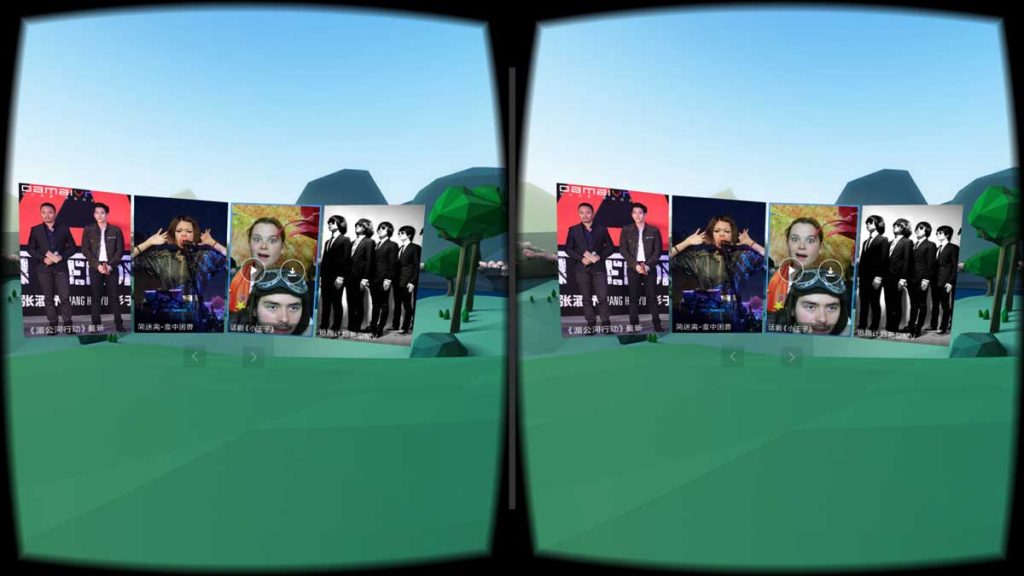 The headset is made primarily for its Xiaomi Mi VR app, which can be downloaded via a QR code provided with it. It provides access to other content and apps. However, the app is in Chinese only at the moment and I was moving around in it blindly. Trying the categories one by one, I found out that there were other apps to download, VR experiences and videos, but all in Chinese (though some were translations of Western content).

However, given that the headset worked perfectly with Google Cardboard VR apps and demos from the Play store, the Mi VR app is just a bonus for non-Chinese users.

I did try tweaking a viewer profile specifically for Mi VR Play but ended up ruining one thing when improving another as I didn’t have the exact construction parameters for the headset. (See Viewer Profile Generator) It might still be possible to generate a profile that works even better than the classic one.

High-end VR devices like Oculus Rift, HTC Vive, Playstation VR and even the phone based Samsung Gear VR or the upcoming Google Daydream VR are still too expensive for the non-enthusiast crowd, which is a large majority.

Xiaomi Mi VR Play is essentially the same thing as Google’s Cardboard VR viewer, allowing users of today’s mid-range smartphones to enjoy VR with a small additional cost. Albeit a much better looking, longer lasting one.
Due to a limited release (and that too only in China), the price in Pakistan is much higher. Nevertheless, if you want a decent VR experience with a viewer that your mother wouldn’t mistake for “raddi” and don’t want to spend a large amount on the high-end devices just yet, it is worth the price.

The reviewed unit was provided by dukanwalay.pk and the headset is available there. TechJuice readers can get a 10% discount on VR by using the following coupon code: TJ10%