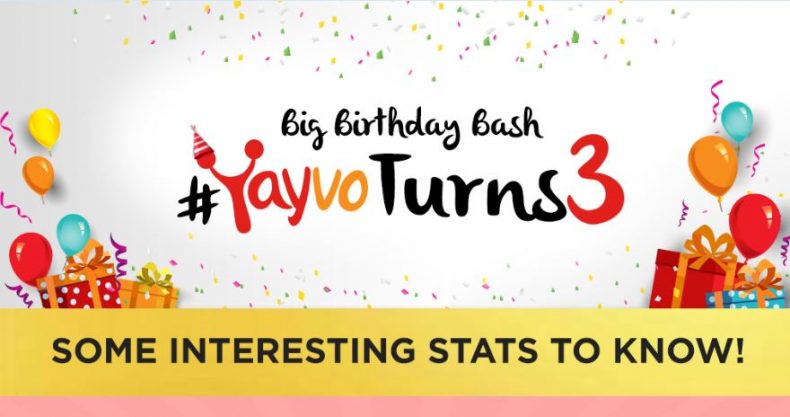 Launched on 15th April 2016, Yayvo.com was formed with a vision to transform the e-commerce business in Pakistan. Keeping in mind the convenience of customers, Yayvo’s primary goal is to keep evolving with the modification in technology to provide instant services. One such example is of our ticketing portal, which was launched recently, and thousands of HBL PSL tickets were sold directly through Yayvo Tickets.

We also believe in transparency between an organization and its customers. This ideology led us to gain a distinctive edge. Here is a list of several milestones that we achieved in the past years:

The promising stats are a testament to the fact that Yayvo being a young brand is performing exceedingly well in Pakistan’s e-commerce industry. The sheer amount of revenue generation indicates that Yayvo is growing in popularity and trust among Pakistani consumers.

Yayvo.com does not believe in compromising on its customer services and is committed to bringing the best of its services along with modern innovations at every step.

This story has been produced in collaboration with the sponsor.