Google Finally Bows Down: The Derogatory Video Innocence of Muslims Removed from YouTube

In 2012, a derogatory video ridiculing Islam and the Holy Prophet (Peace Be Upon Him) sparked anger and rage in Muslims all over the world. Instead of completing removing it from YouTube, Google went on to take it down in some countries but persisted in making it available in other countries. Google was adamant about not removing the video. In fact, in September 2012, when Obama Administration asked Google to review the content and requested them to take the video down, Google refused. The Pakistani Government responded to this by blocking YouTube.

Unexpectedly for Google, the actress in the controversial film, Cindy Lee Gracia filed objections asserting that she had been signed for a different film. Google then went on to fight the case in the court and the ruling is finally here: Google has been asked to remove the content which greatly upset millions of Muslims across the globe. A YouTube search shows that the controversial content, Innocence of Muslims is no longer available on YouTube.

“The film differs so radically from anything Garcia could have imagined when she was cast that it can’t possibly be authorized by any implied license she granted, Garcia was duped into providing an artistic performance that was used in a way she never could have foreseen.“ – Judge Alex Kozinski said in his ruling.

Furthermore, the court ruling instructs to take down all copies of the video and take appropriate measures to ensure such uploads do not make it to the website.

We are hopeful that now YouTube in Pakistan will be back in the next few days. 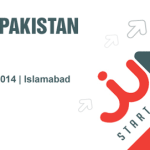