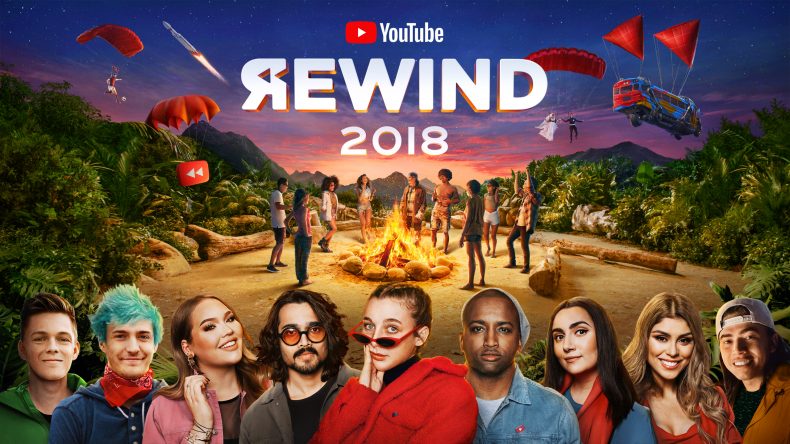 Like its tradition every year, this year too YouTube has compiled the top events and trends that it thought defined the year in a recap video. Called “YouTube Rewind 2018”, the video gathers the top events, videos, trends, and memes from the past year and was released just four days ago. Ever since then, the video has become the talk of the town.

During the short duration, the video has garnered the second highest number of dislikes standing at 6.7 million impressions just about 2 million shy of the most disliked video. The video of “Baby”, a renowned song sung by a Canadian singer Justin Bieber, remains the most disliked video with 9.7 million dislikes. Justin Bieber’s Baby had gathered those much of dislikes over a time span of 8 years.

Gathering the general view of the audience, people have been disliking this video as it doesn’t star the top stars even from those on its site. PewDiePie wasn’t included, and the YouTube star then went on to do a quick review of the video criticizing some aspects of it.

While some people did actually like the video too, although the number of these people is small. The video has about 2 million likes on the site.

You know what? I liked this. It knew that it couldn’t please everyone and ran with that. It focussed on a small handful of creators, tried it’s best to be self aware, didn’t push any particular agenda, and didn’t overstay it’s welcome. I think this was a good one 🤷‍♀️ https://t.co/QWA0L35OC6

If you haven’t yet seen the YouTube Rewind 2018 video, you can watch it right here.