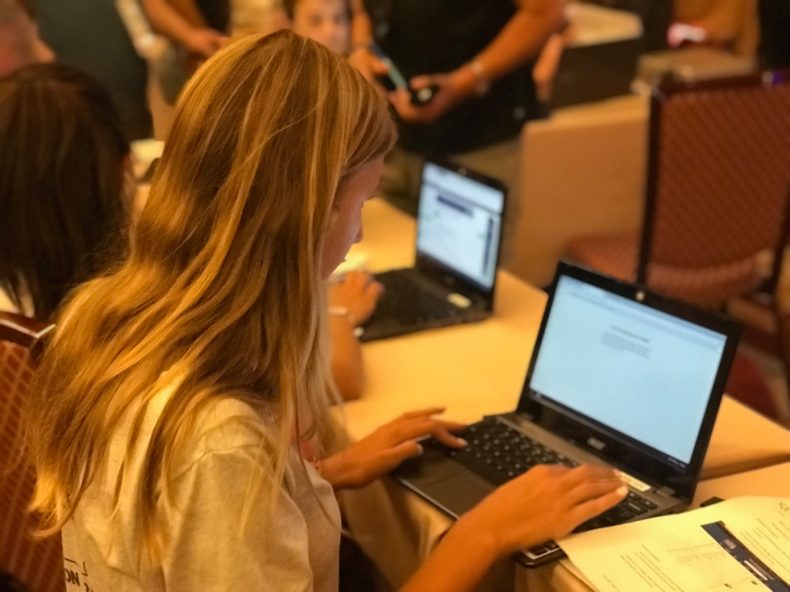 Either hacking the website was super easy or the girl was super talented.

It’s high time Election Information website is questioned for its security. At the annual hacker convention that took place in Las Vegas, a pair of election security hacking demonstrations were set up and they offered some scary information related to America’s voting infrastructure.

An 11 year old, Emmet from Austin hacked the website for the Florida Secretary of State and made it appear as easy as simple SQL injection as reported by TechCrunch.

It is also to be noted that it took Emmet 10 minutes to access the election reporting section of the Florida Secretary of State website. One more thing to be noted is that the pages were set up as replicas.

According to a secure communication platform, Wickr:

“The idea was mainly focused on breaking into the portions of the websites that are critical to the election process, [so] the kids worked against the replicas of the webpages where election results are reported by secretaries of state.”

A team at Wall of Sheep Village built those replicas and they had this to say in a statement:

“The main issues with the live sites we are creating the replicas of are related to poor coding practices. They have popped up across the industry and are not vendor specific.”
National Association for the Secretaries of State did not comment on the hacks that the kid made on the website.

47 kids took part in election hacking contest and 89 percent of them managed to access the virtual websites.

The security officers responsible for maintaining the security of the websites need to really up their game and Emmet has this to tell them:

“Use more protection. Upgrade your security and obviously test your own websites against some of the common vulnerabilities”