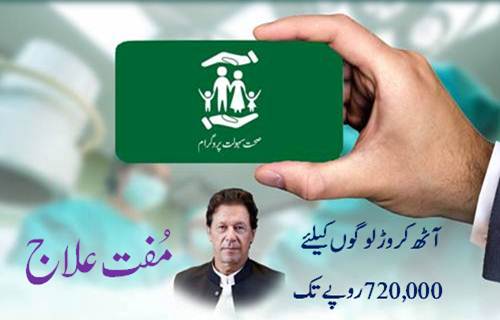 The Finance & Health Minister, Pakhtunkhwa. Taimur Khan Jhagra on Saturday announced new figures for KPK’s universal health insurance program – Sehat Sahulat Program. According to the released data, a record 40,867 Pakhtunkhwa residents benefited from Sehat Card Plus in March (the second month of the program’s full rollout), alone. The current trends suggest that the scope of the program is increasing monthly, with the total beneficiaries up by at least 24% in March compared to February. At this rate, 500,000 KPK individuals are expected to avail free universal healthcare annually and 2.5 million in the next 5 years. 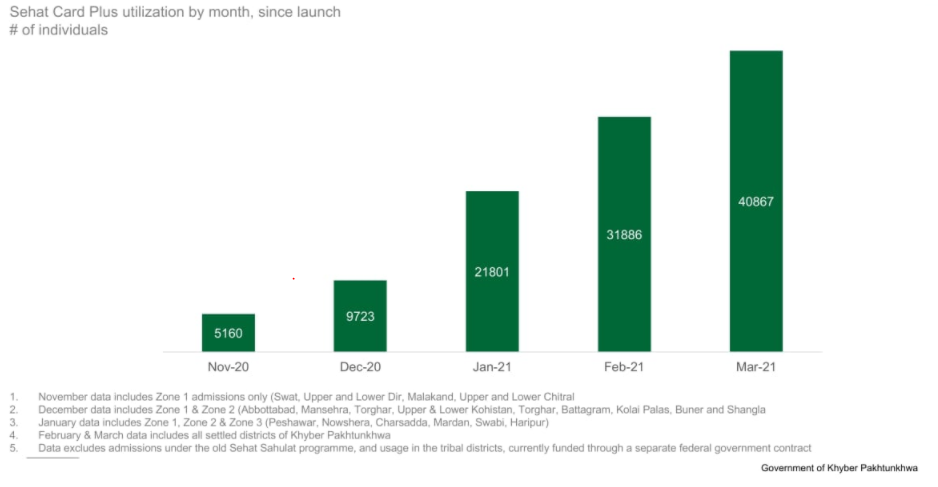 In total, 109,000 individuals have utilized the Sehat Insaf Card since its launch in November 2020.

Being executed through Health Department in the KPK province, the Sehat Card Plus scheme plans to enable free medical treatments (also covering treatments for COVID-19) to over 6.5 million families and 40 million Khyber Pakhtunkhwa citizens. The ambitious program provides free health facilities up to Rs.1 million.

The SSP program aims to improve access of the poor population to good quality medical services through a micro health insurance scheme.

Last year, Prime Minister Imran Khan announced universal health coverage to everyone in Punjab and Khyber Pakhtunkhwa through the Sehat Insaf card within a year in phases. Citizens willing to avail of the Sehat Card can SMS their National Identity Card Number to 8500, to check their eligibility for the program.