5 reasons why space exploration is important in the 21st century

“We choose to go to the moon in this decade and do the other things, not because they are easy, but because they are hard.” When JFK said that, space exploration was mostly about flaunting technological superiority. Since then it has evolved into a huge industry with deeper motivations than just competition.

From debunking myths, and exploring new horizons we have benefited greatly from the endeavor. However, it’s hard to understand nature has attracted critics claiming that space exploration is a waste of money.

We often hear about how Falcon is going to transform space travel, or how India is able to undercut everyone in cost with its space missions but we rarely hear about Pakistan. The last time we heard from SUPARCO was when we launched PRSS, a dual purpose satellite. Our progress has been uninspiring. Indian Space Research Organisation, ISRO, is now launching satellites for the world, while we still rely on China for launching our own satellite. Pakistan is severely lagging behind in this field and no one seems to notice it. So here are five reasons why space exploration matters and why we, as Pakistanis, should be more interested and invested in space exploration: 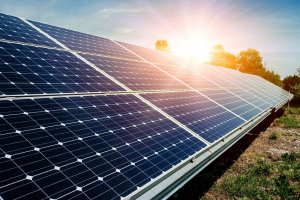 This is the most tangible stuff. NASA has made countless inventions and there are many that we use every day. For example, NASA developed adjustable smoke detectors during the Skylab mission. Now we see smoke detectors in every building. The invention might not look game-changing at first, but dig a little deeper and you’ll realize its importance.

We also know how space exploration expedited solar energy program. Solar energy not only provides clean and everlasting energy, but it is also starting to become more affordable. Huge credit must be given to space researchers who made such panels possible.

Similarly, there are many things that were developed in the name of Space Exploration and have eventually found their way in consumer life. Not only do they improve life quality, but they also elevate our thinking. In addition to that, they enable new experiences.

SpaceX is currently invested in the Mars Oasis program, but Elon Musk has said that SpaceX will use its research for commercial flights. As Elon Musk likes to say, ‘Anywhere on Earth in under an hour.’ 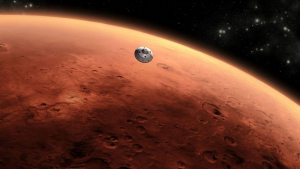 Ever since mankind opened its eyes, it has looked at the sky and dreamed of exploring the unknown, it has dreamed of going to the moon. Initially, people thought it was just a cool idea, but as time has passed, we have discovered legitimate reasons for becoming multi-planetary species.

Imagine if we are hit by Black Plague again. Black Plague would this time spread faster than it did back in the mid-1300s, after all, we more connected than ever before. Any serious epidemic posses the potential of wiping the entire human race. However, if humans are on Mars, then humanity has more chances of survival.

Then there is the burden of overpopulation. There are over 220 million Pakistanis. The number is rising, it is bound to rise, but resources are limited. If we continue on this road, a time will come when we will start competing for food, space and what not. But by being on multiple planets, we can reduce the burden on every planet and live comfortably. 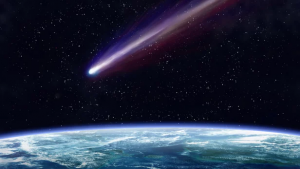 A very popular theory suggests that over 65 million years ago, a comet/asteroid of diameter in between 11 – 81 kilometers hit planet earth. The result was a tsunami that wiped the dinosaurs. Imagine if we are hit by a similar asteroid. It would wipe out the entire human race unless we are prepared and equipped to deal with it.

The probability of such a huge asteroid hitting us is very low, but it does exist and that is something we cannot ignore. We saw how over 1500 people were injured by a small asteroid that hit Russia in 2013. We can also count in alien threats, but unless we have some damning evidence that we are not alone in this universe, asteroids plummeting towards Earth is a bigger and more viable threat.

We still know nothing about the universe 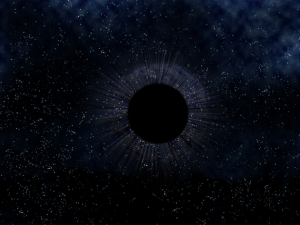 Humans have been around for 200,000 years while the age of the universe is estimated at some 13.8 billion years! We have yet to see what lies outside the milky way. It will take us quite some time before start understanding the universe.

Recently we heard radio signal from a source that is 1.5 billion light-years ( 1 light year the distance light travels in 1 year) away. Why are we getting this message? What does this message mean? Who is sending this message? Do aliens exist?

Then there are other questions. For example, the matter we understand constitutes only 5 percent of the universe, the remaining universe is made up of dark matter and dark energy. Like we know that dark matter exists. We know dark energy exists. But that’s it. We don’t know what it’s made of. We have don’t know why we can’t see it and we don’t know if we can use it somehow or not. 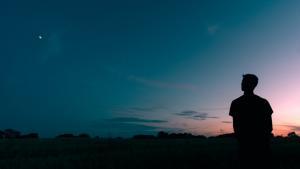 Perhaps the most important reason for space exploration is we want to know who we are. Yes, we have religious scriptures, fossils, and historic remnants but it is in human nature to explore and question everything.

Many believe that our earth is a result of an accident. Many believe that we are one instance of quintillion accidents and that everything we do is just to give ourselves a purpose. Friedrich Nietzsche was a strong believer that we really have no meaning in life.

When we explore the worlds beyond we start to question how do we fit in this universe? You unavoidably wonder are there others like us? Is it our duty to teach our ways to any living species somewhere in the universe?

People are right when they say that we should spend more on infrastructural upgrades, but what many don’t realize is that space exploration does indeed result in infrastructural upgrades. It paves the way for a better and safer future. In addition to all the advantages, life can’t always be about solving problems, there need to be something cool, something to wake up to every day.

Discovering the unknown gives a purpose, a meaning to life. We have been doing that for ages, the only difference is that first, it was Columbus on a ship, now it’s Musk on a spaceship.