A cryptocurrency YouTuber, Ian Balina known for his (sponsored) ICO reviews, was apparently hacked out of $2 million during a livestream session. Balina was reviewing Initial Coin Offerings (ICOs) on his channel as usual, when a viewer suddenly notified him that “someone” had moved all tokens out of his wallet.

During one of Balina’s live streams, Balina found himself unable to log into the Google Spreadsheet where he tracks initial coin offerings or ICOs, which are crowd sales for new cryptocurrencies. That appears to be because a hacker took control of his accounts, draining a substantial portion of his holdings. According to the estimates, the total stolen was equal to almost $2 million on paper, as reported by Gizmodo.

It turns out, YouTubers are juicy targets for hackers because they share so much information about themselves. Balina later took to his own Telegram channel to reveal that he was forced to end the livestream abruptly because he got hacked.

The wallet transactions on Etherscan show that almost all of Balina’s tokens were withdrawn from his account during the livestream. This included more than 20 million Nucleus Vision, 2 million Pareto Network, and 1 million Loom among others.

In a statement given to Gizmodo, Balina said;

“This is how I think I got hacked. My college email was listed as a recovery email to my Gmail. I remember getting an email about it being compromised, and tried to follow up with my college security to get it resolved, but wasn’t able to get it handled in a fast manner and gave up on it thinking it was just an old email.

I kept text versions of my private keys stored in my Evernote, as encrypted text files with passwords. I think they hacked my email using my college email and then hacked my Evernote.”

Balina has also claimed that hackers have gradually begun moving his coins to popular exchange desks like Binance and KuCoin. 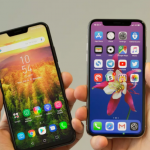