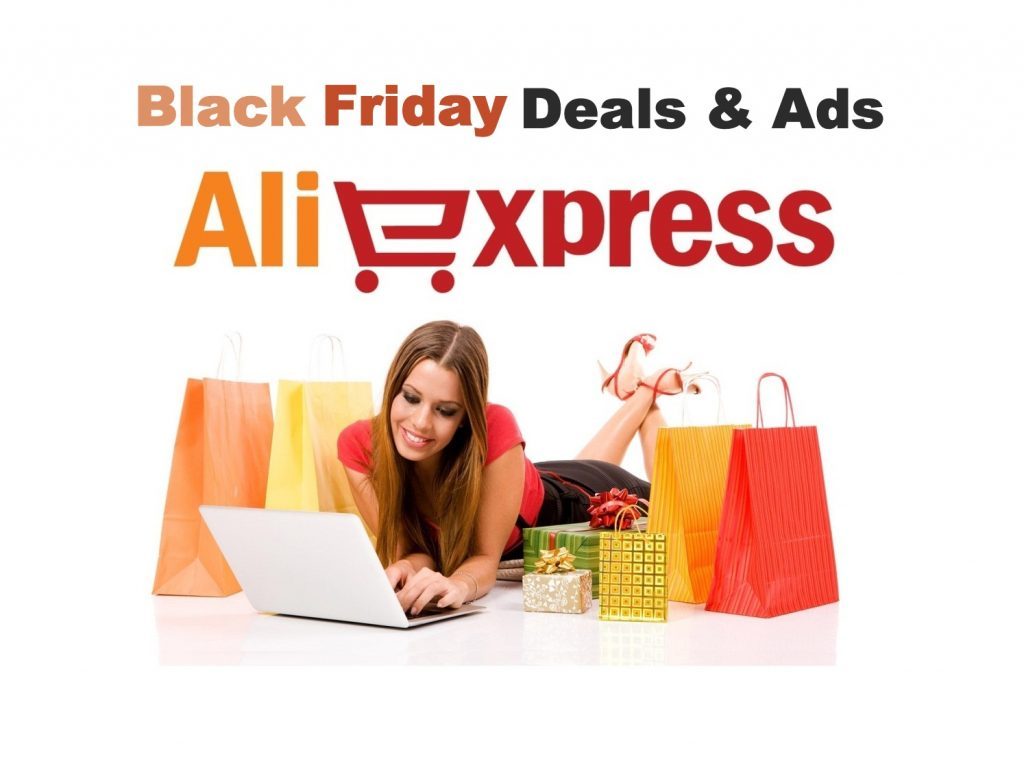 Alibaba Group, the leading Chinese e-commerce giant has recently earned $25.3 billion from Singles’ day sales from its various marketplaces including AliExpress. The sales recorded during Singles’ day are almost two times greater than 2016’s sales of Black Friday and Cyber Monday. Now after wiping out the entire market with earlier sales, Alibaba is all set to roll out deals for Black Friday and Cyber Monday on AliExpress.

As we have earlier talked about few best deals at AliExpress on Singles’ day, now the e-commerce store has also announced its Black Friday sales which are going live from tomorrow. AliExpress provides products to both companies and individuals with no minimum order requirement. AliExpress is based in China and sells everything from clothes to jewelry to gadgets. Most of these items ship for free to Pakistan. However, you have to be smart while buying, as you can take some assistance from our Black Friday Sales guide. 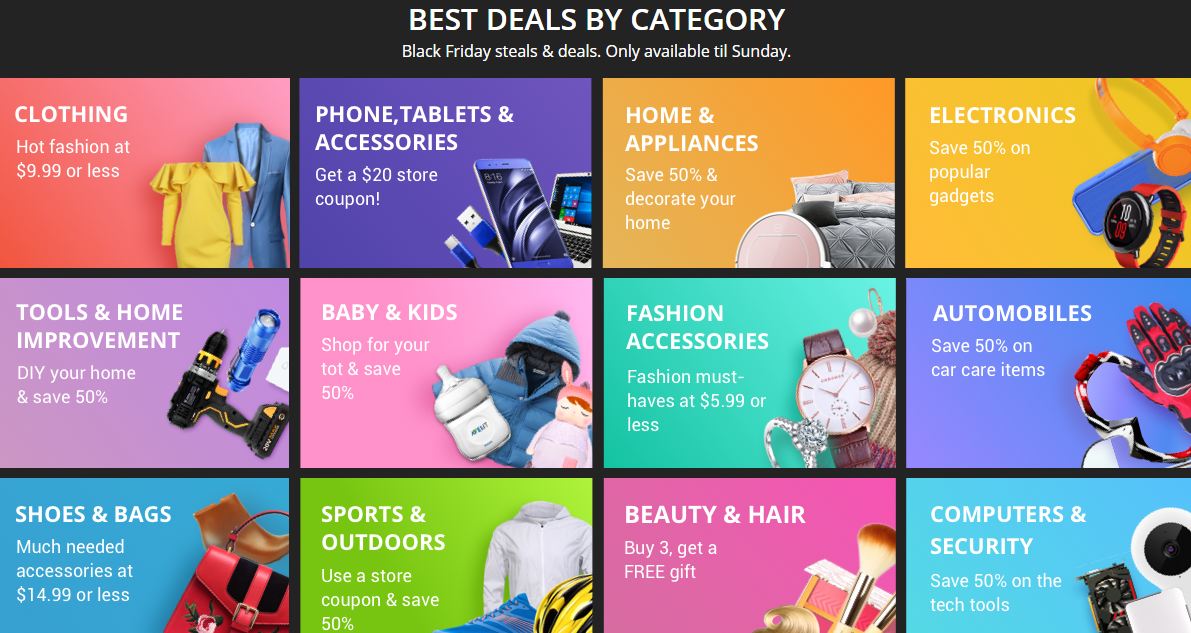 AliExpress has launched many good deals for Black Friday sales. All clothing items are on sale which you can buy only for $9.99 or less. While smartphones, gadgets, and accessories are also available at the discounted price. Computers, laptops, and cameras are available for up to 50% discount. Some discounts can also be availed by using store coupons. 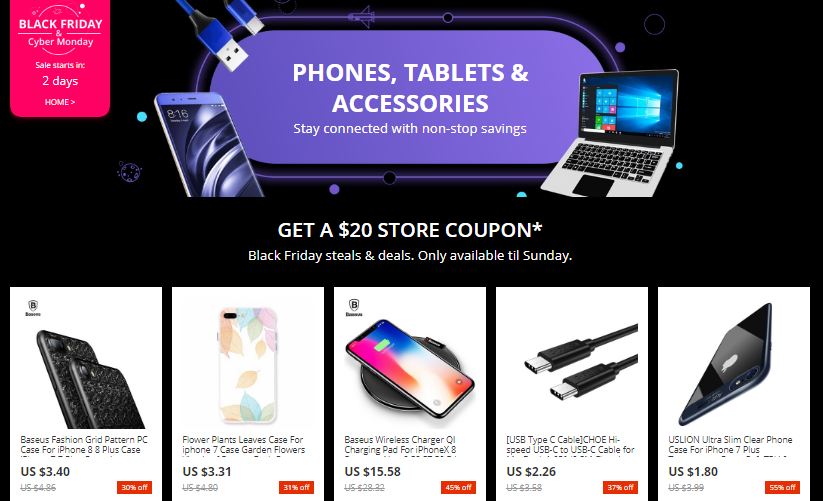 AliExpress has also introduced some unique deals for many products. This includes FLIP & WIN play, which enables you to win store coupons and coins for much-discounted rates. Flip & Win deal can be played until November 23. The store coupon of up to $20 can be earned by the game. 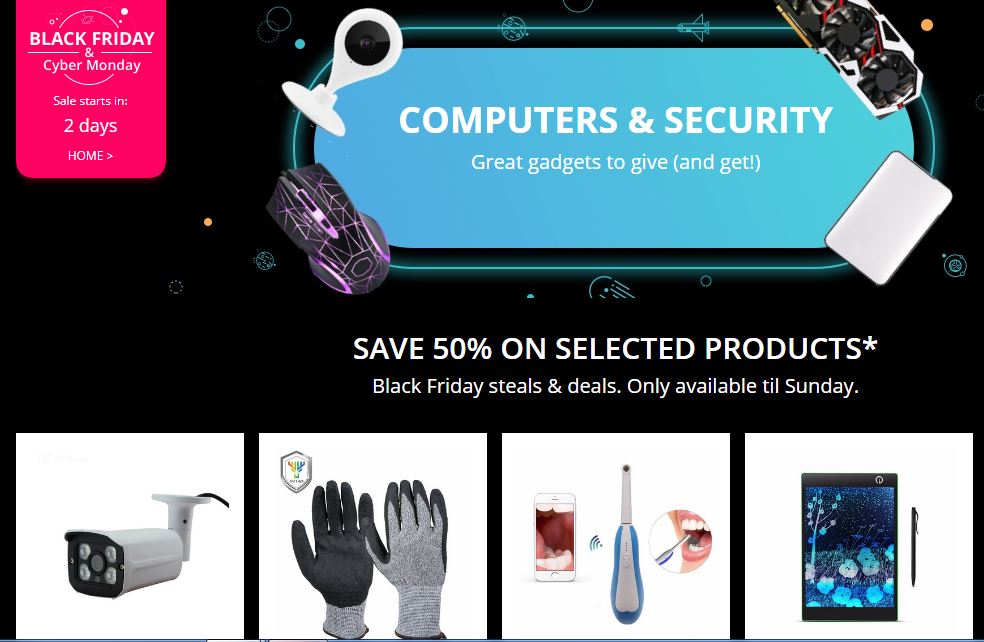 We have been buying products from Alibaba and AliExpress for a few months. AliExpress shipping is also trustworthy, as I personally ordered a power bank on its Singles’ day sales which arrived just in 9 days.

After the Flip & Win sale goes offline AliExpress is all set to roll out Black Friday Sales between 24-26 November. Later on, Cyber Monday sales will be initiated from 27th of November till 28 November.

Few Pakistani e-commerce stores are just following the old decisive strategy of increasing the actual price of products by 30% and them giving a discount of 50-70% on them. So if you have no good experience with local stores, hopefully, you will be able to find good deals and products of your own choice on AliExpress. 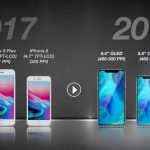