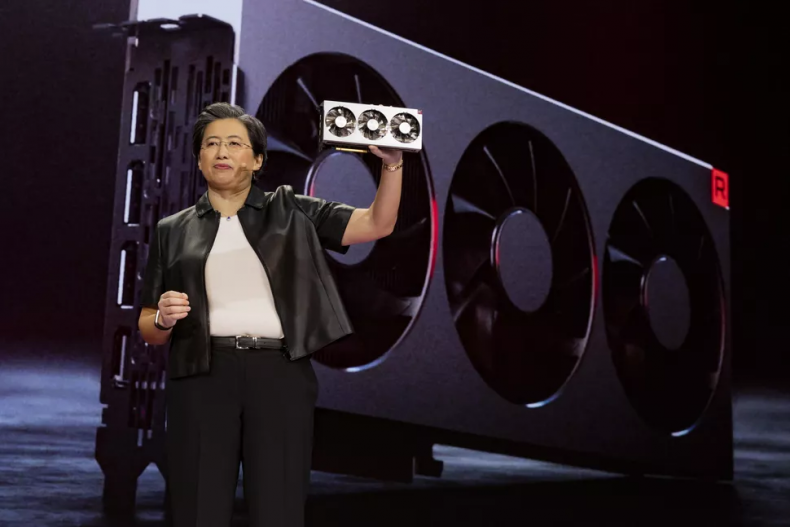 Yesterday AMD took the stage at CES 2019 and revealed Radeon VII, the world’s first ever 7nm graphics chip. The flagship GPU will be competing with Nvidia’s RTX 2080 for the top spot.

The GPU is based on the second generation Vega architecture which was released last year. Moving to 7nm node size allows for significant performance gains.

The new GPU has 60 compute units clocked at up to 1.8GHz. AMD’s CEO, Dr.Lisa Su, was particularly excited about the 25 percent improvement in performance for the same power draw.

The new GPU will offer 16GB for high bandwidth memory(HBM), that is more than the amount of ram many have in their desktops. The other impressive feat was achieving 1TB/sec memory bandwidth.

AMD also talked about how gamers can expect similar gains. Titles like Fortnite and Battlefield 5 demonstrate around 30 percent gains.

While the performance gains are truly impressive, we have to take these numbers with a grain of salt as after all these are synthetic benchmarks and not a lot can be said about real life performance.

The other interesting thing will be to see how it stacks up against the RTX 2080. RTX 2080 has some cool features like Ray Tracing and DLSS support which are indeed game changers. Ray Tracing was made possible by Nvidia’s in house RT cores and decade of research.

The other thing we would like to see is how much of an advantage RTX 2080 will have due to DLSS, a deep learning based game rendering approach that dramatically improves framerates without compromising on picture quality.

The GPU will retail for $699 and will be available on February 7th. But the real question is, can it run Crysis?