Xiaolong Zhang claims to have been found guilty of stealing trade secrets from Apple while working there on a self-driving car project. Apple hired Zhang in 2015 to work as a hardware engineer for the autonomous car project to launch a commercial product.

Apple, during an investigation, guessed that Xiaolong Zhang transferred almost 24GB of “highly problematic” data to his wife’s laptop through AirDrop. Moreover, he also took with him circuit boards and a server from the company’s self-governing lab.

Though the terms and conditions of Zhang’s plea acceptance are not available to the public, according to a court pdf document that CNBC uploaded, Xialong Zhang has been found guilty of stealing the trade secrets count, which is mentioned in his indictment. Xiang Zhang’s lawyer Danil Olmos refused to comment on the plea agreement.

Moreover, a conference regarding his sentencing determination is expected to be held on the 14th of November. If we consider US law, the theft of trade secrets means at least a prison sentence of 10 years. Furthermore, according to CNBC reports, Zhang will have to pay a quarter-million-dollar fine. Xialong Zhang is the only person accused of stealing Apple’s automotive trade secrets or attempting to send secretive materials to Xpeng.

Also, in 2019 a former apple was accused of attempting to smuggle manuals, diagrams, schematics, and photographs of Apple’s car project to China. That case, according to CNBC, is still in progress, so we cannot derive any conclusion.

In the same year, Tesla announced that one of its former employees uploaded a source code related to its Autopilot system on his iCloud account and later gave that information to Xpeng. Likewise, the company said it respects any third party’s intellectual property rights and confidential information.

Apple is yet to announce a self-driving car considering the cases of trade secret theft go back several years. According to the rumors, it will be announced in 2025, as this project is difficult for Apple. Due to the technical problems, as well as the lack of faith.

Chen claims that he was arrested when he was going to meet his ill father and is still not found guilty. 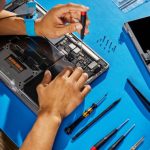