Apple releases security patches for the iPhone, iPad and Watch

In order to prevent cyber attacks from hacker organizations, Apple has released a security patch that will oversee any sort of respective vulnerabilities.

The Cupertino-based company mentioned that the vulnerability was discovered by the security researchers at Google’s Project Zero. The bug was found in WebKit, the browser engine that powers Safari across all Apple devices.

However, Apple did not mention if the attack was targeted against a small number of users or if it focused on a much wider range. This is presently the third time Apple has released a security-only update this year to counter cyber attacks. It is expected that Apple is working on more updates to make Apple devices more secure. 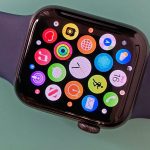