Artificial Intelligence can predict your personality by scanning eyes, study

Using machine learning, scientists have discovered a link between people’s personalities and the movement of their eyes.

The University of South Australia and the University of Stuttgart recently conducted a research using artificial intelligence to monitor the eye movement of 42 participants. The researchers used SensorMotoric Instruments video eye tracker and then recorded the data using eye tracking software and concluded the results. The results showed that AI could identify four of the ‘Five Big’ personality traits: neuroticism, extroversion, agreeableness and conscientiousness. However, AI could not detect openness. Researchers mentioned that this was the first time that AI was used to analyze personality traits using eye movement.

The researchers published their findings in Frontiers in Human Neuroscience where they wrote,

“Studies reporting relationships between personality traits and eye movements suggest that people with similar traits tend to move their eyes in similar ways.”

According to one of the researchers, this finding could improve how humans and machines interact with each other. If the machine can interpret what a person is like, it can act accordingly as well.

The scientists identified the following personality traits related to eye movements. Which one are you?

Tobias Loetscher a neuropsychologist in the University of South Australia explained, “Thanks to our machine-learning approach, we not only validate the role of personality in explaining eye movement in everyday life but also reveal new eye movement characteristics as predictors of personality traits.”

With further advancement, this type of technology could improve human interactions with machines, like smartphones offering personalized support, self driving cars and a virtual assistant reading mood. 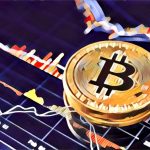 75% of US investors consider bitcoin a very risky investment and can we even blame them?