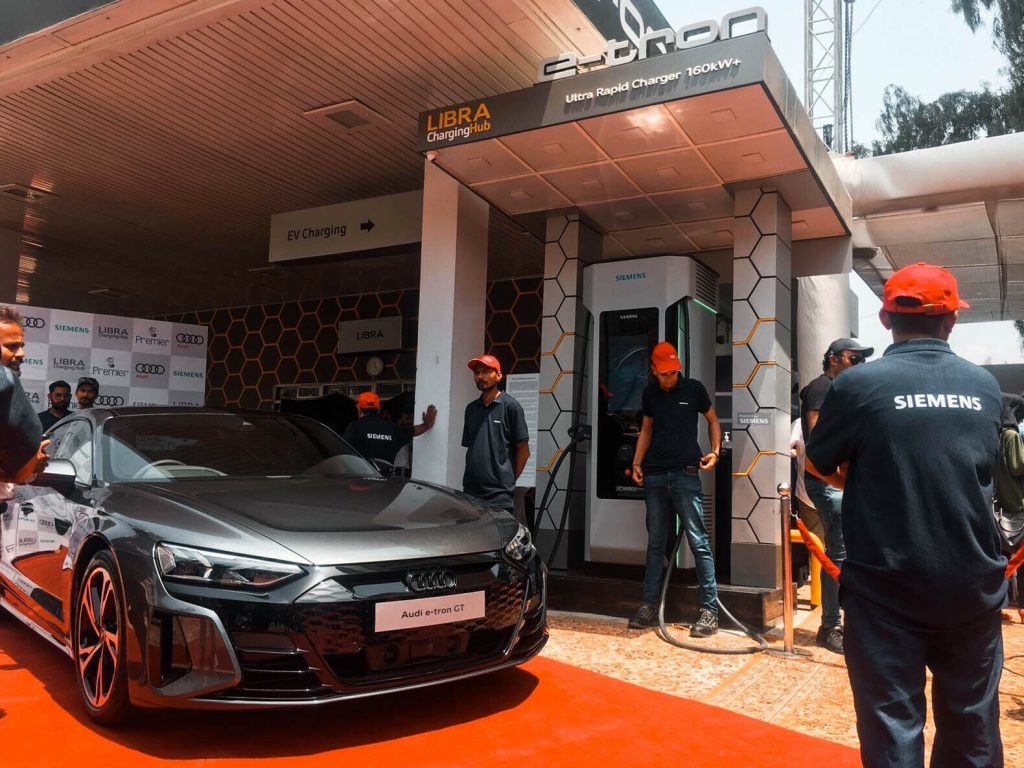 Electric vehicles getting charged at lightning-fast speeds? As incredible as that sounds, that is the purpose of the ultra-rapid DC charging station – the first and only one of its kind in Pakistan – launched by Audi and Siemens at the Libra Charging Hub in Saddar, Karachi.

As reported by Dawn, the technology is the result of collaboration between two German titans, Audi and Siemens, and is set to have a significant impact on the country’s EV future. Equipped with Siemens’ SICHARGE D series chargers, the super-fast EV charging station will be capable of charging at speeds of up to 160kW. 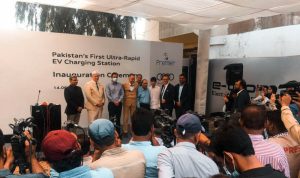 In his welcome address, Abdul Haseeb Khan, CEO of Libra Energy Solutions, requested the government for a subsidy to reduce the cost of charging electric vehicles. He also called for electric pole-mounted transformers (PMTs) along highways to make it possible for them install more such charging stations there.

“That way you will be able to easily drive your EV from here to Murree,” he pointed out.

Siemens-Pakistan chief Markus Strohmeier explained that the technology represents the first rapid charger in Pakistan that will be capable of charging bigger electric cars such as the Audi e-tron in just 15 mins. For smaller cars, it will take a mere four or five minutes.

The executive highlighted the need for equipping highways with charging stations in order to facilitate the EV revolution in Pakistan.

“Your highways really need to be equipped with such charging stations. It will be a small investment to see the cars move from city to city,” he said, while pointing out that there is plenty of vacant land alongside our highways, which can be turned into solar farms.

Meanwhile, Germany’s Ambassador to Pakistan Hon Bernhard Schlagheck expressed his pleasure at being present at the inauguration of a development that represented German innovation.

“The future is electric,” the envoy declared. “We are learning that more and more today in times of climate change and global warming. However, electro-based mobility also requires a corresponding infrastructure. I am pleased that another step in this direction is being taken here.” 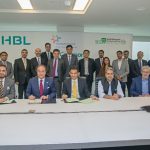