Just after the successful launch of mobile phone services in South Waziristan last week, AWAL Telecom has sped up its operations to launch communication services in North Waziristan — a war-weary region with geographic importance in Pakistan.

As indicated by an AWAL’s spokesperson, the company aims to extend these services to other tehsils of North Waziristan including Dattakhel, Dossali, Gharyom, Razmak, Ghulam Khan and Shawaal by the end of this year.

AWAL Telecom and Ufone held a collaborative inauguration ceremony for the initiation of this new project in KP. The Chief Minister of KP – Mahmood Khan inaugurated the launch ceremony, along with the Federal Minister of Communication and Postal Services-Murad Saeed. Other honorable guests who attended the ceremony included KP’s Finance Minister – Taimur Khan Jhagra, Advisor to Chief Minister KP – Ajmal Wazir, Special Assistant to Prime Minister – Iftikhar Durrani and various other Federal and Provincial representatives.

“The Tower Co. business is not only about the establishment of a tower but it entails the development of an entire ecosystem of the area raising the awareness of benefits of connectivity, winning the trust of the local masses, engaging the local people directly or indirectly with the platform. AWAL Telecom as a tower company has pioneered in developing a complete telecommunication ecosystem in Waziristan contributing effectively towards the ongoing Development and Rehabilitation efforts in the area”.

It is preeminent to note here that North Waziristan has seen such a large mix of crowds from political leadership, provincial administration, tribal leadership, and local communities for the first time in the history of the mobile services launch event of AWAL Telecom and Ufone. 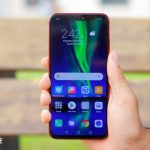