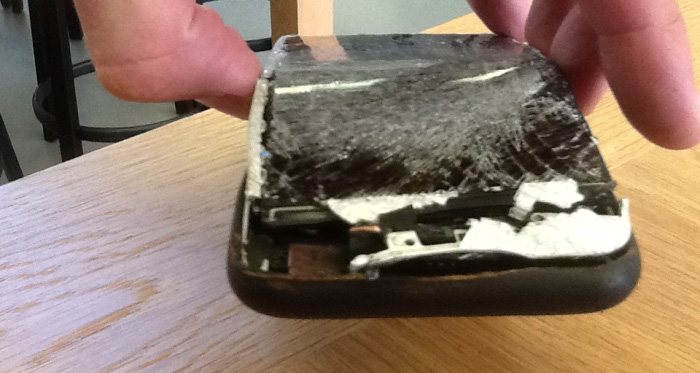 Apple has been raking some serious cash since the release of its latest iPhone models as it managed to sell over 10 million units in just a weekend, but not everything is perfect for the Cupertino-based tech giant. As soon as the first units of iPhone 6 Plus shipped out to customers, complaints and rumors regarding the devices being prone to bend inside the pockets started circulating.

Apple has been adamant in its refusal to acknowledge bendgate as a serious issue and claimed that only 9 customers have registered any formal complaint so far having sold millions of devices worldwide in comparison, but sources such as OneOfTheNine have unearthed over a hundred similar instances. One of these cases is one registered by Phillip Lechter from US, and is seriously alarming.

Phillip recounts the incident details in a blogpost according to which it all happened as he was taking a rickshaw/pedicab ride. At one point during the ride, a minor accident caused the rickshaw to tip over slightly to the left after recovering from which Phillip noticed the rising smoke and a burning sensation in his upper-leg. Probably the tipping-over might have caused extra strain on the phone as Phillip crouched but the results were nothing short of astonishing: the brand-new iPhone 6 had quickly caught fire and was immensely hot as Phillip pulled it out of his pocket meanwhile some bystanders put some cold water on Phillip’s leg and the phone. 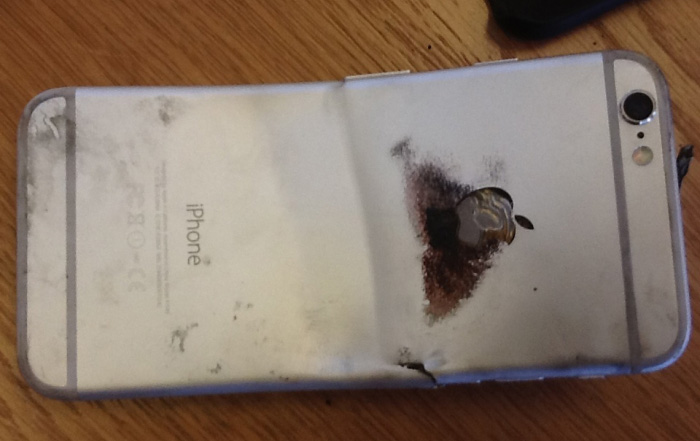 As the dust (or smoke, in this case) settled, Phillip assessed the damage: he had received both 1st and 2nd degree burns on his leg during the process but fortunately his fingers remained safe because of the proprietary leather case his phone was brandishing at the moment of retrieval from pocket.

There have been many instances where iPhones (both 6 and 6 Plus) got bent while being inside the pockets but this might be the first case where one actually caught fire. Non-flexible Lithium ion-based batteries, like the ones found inside iPhone units, are quite sensitive against impacts and pressure, and can even explode when their physical state is compromised. 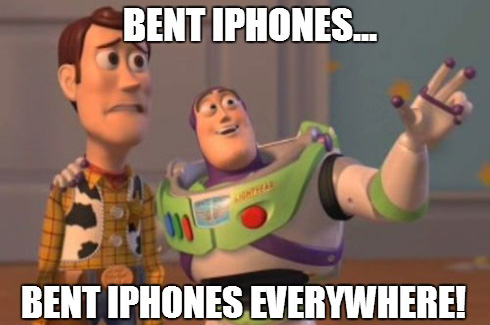 While Apple has publicly shown the rigorous quality-assurance procedures through which its products must pass before going out in the market, recurrence of incidents like this raise the question of whether or not Apple is downplaying the issue on purpose.

Phillip has reported the incident to Apple, and is yet to receive a response. 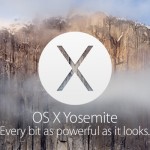