Bigger and Better, HBLPSL 4 is taking fan engagement to the next level ??

HBL has been the main sponsor of HBLPSL for all four seasons, providing an amazing mix of both exciting cricket and interesting ideas to engage fans with their favorite players. HBLPSL has a massive number of fans in Pakistan and around the world and it is looking at innovative ways to engage fans and followers of this super league.

The increasing importance of social media in sports

HBL Pakistan Super League has been very effective and impactful when it comes to engaging fans using social media platforms, with previous editions introducing segments like special fan boxes, fantasy leagues and online competitions to create buzz around the event. Every HBLPSL match has raked in millions of tweets before, after and during the HBLPSL matches, where fans shared their thoughts, predictions and shout outs to cricket players as the matches progressed.

HBLPSL took it upon itself to curate some activities for its fans too. With “On Crease with Ramiz” and Hulla Gulla box, HBL is re-imagining the on-ground experience for fans using newer technologies and social media. Millions of fans around the world have seen these value additions to the regular cricketing action, doubling their excitement about the premier cricketing event of Pakistan.

Let’s take a look at some of the coolest moments from the fourth season of HBLPSL.

Through HBL’s Twitter account, players and legends like Shahid Afridi are thanking their fans in person, highlighting the fact that it’s the fans who help turn a franchise like HBL Pakistan Super League into such a huge success.

HBL didn’t only stick to social media, but were also in top spirits when it came to providing on-ground entertainment to the fans via their exciting fan-box this year. The Hulla Gulla fan-box which features a traditional Truck art theme has seen Dhol players, artists and celebrities provide fun and entertainment to match audiences. Through this fan-box, HBLPSL is bringing some lucky fans as close to the live action as they can imagine. It just doesn’t get better than this!

Ramiz Raja brings the action to the fans

Another excitement inducing step taken by HBL in this year’s HBLPSL is bringing fans season 3 of ‘On Crease with Ramiz’ where the ever-green Ramiz Raja has fun interactions with celebrities and fans and it is becoming grander with each passing day! With cheeky questions and answers by the life of HBLPSL Ramiz Raja, it is certainly one of the most anticipated event, second only to perhaps the thrilling matches filled with last ball twists and turns.

HBLPSL has been instrumental in bringing people from different walks of life closer, it highlights the fact that cricket is the lifeblood of a common Pakistani and is indeed the most popular sport in Pakistan. HBL’s commitment to showcase new and interesting ideas to engage fans across different platforms is also helping double the fun of this event for everyone involved, making it once more the most celebrated and cherished event of the year.

This is a sponsored story. 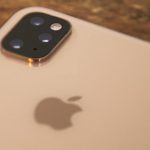