BookMe Achieved Worth 130,000 USD Sales by Selling E-Tickets only

Update: An earlier version of the story stated the revenue to be 130,000 USD which is now corrected on request of Faizan, Founder and CEO – BookMe.

Pakistani Startup BookMe is once again in the limelight for all the good reasons. Faizan Aslam, CEO of BookMe, recently represented his startup at TechInAsia’s Startup Asia Jakarta 2014 event, where the startup was shortlisted as one of the 10 best startups from Asia in the Startup Arena competition.

Faizan Aslam said, “So far, just on word of mouth alone, we have had several sales, in addition to that there are several companies selling through us which sums up our total sales to be 130,000 USD.” This is a huge feat considering the startup has been operation for only a year now and didn’t set aside any significant marketing budget. These facts alone are an insight into the untapped potential of Pakistani startup ecosystem.

It’s to be noted that BookMe was runner-up at the recent P@SHA ICT Awards in the Best Startup category, managed to secure angel funding from Startup Istanbul, and is also a startup contender at the annual Asia-Pacific ICT Alliance (APICTA) Awards.

BookMe, which started in November 2013 as an online ticket-booking portal for movies, is now not only a ticket buying service but is also providing ticketing solutions to other eTicketing platforms in Pakistan which makes the startup much stronger than their competitors such as ClickBus which was recently launched in Pakistan. Another noteworthy feature of BookMe is that its services can be availed via web, Android/iOS apps or even by SMS. 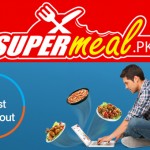