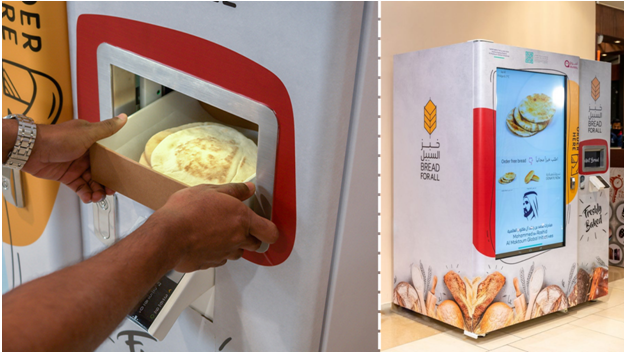 The Government of UAE just rolled out the ‘bread for all’ initiative in Dubai and has set up a number of bread vending machines throughout Dubai. These vending machines charge nothing and give out freshly baked bread in just a few simple clicks.

The project was launched by Mohammed bin Rashid Global Centre for Endowment Consultancy (MBRGCEC), under the Awqaf and Minors Affairs Foundation (AMAF) and they announced it just yesterday.

By providing large amounts of bread free of cost, these vending machines will help a lot of poor families and workers in Dubai that often go to bed with an empty stomach. Built-in collaboration with ‘Aswaaq supermarkets’, many of these machines will be placed at different ‘Aswaaq’ branches.

The state news agency while describing the new bread vending machines said that “The digital initiative aims to provide fresh bread to those in need through smart machines deployed in several outlets. The pre-programmed machines prepare bread and provide it free of charge as part of a modern and sustainable model of charity work”.

According to sources, these machines are extremely user-friendly and easy to use. Any person in need of bread can press the order button, then just wait for the bread to be cooked and it will soon be dispensed out automatically.

The ‘bread for all’ project is also designed to be funded by the community alongside the government, thus any resident that wants to donate to the cause can simply donate through a text message or the Dubai Now application.

Talking about the ‘bread for all’ initiative, Ali Al-Mutawa, Secretary General AMAF said that “This initiative is an exemplary model for an innovative community endowment that allows everyone to participate, creating a comprehensive charity movement and enhancing the spirit of solidarity among various social segments. We look forward to expanding the scope of cooperation with the initiative’s partners in the local community to reach the most beneficiaries”.

While ‘bread for all’ is in itself a big project, it is said to be a part of Vice President of the UAE and Ruler of Dubai, Sheikh Mohammed bin Rashid Al-Maktoum’s vision of ‘not letting anyone in the UAE sleep with an empty stomach. 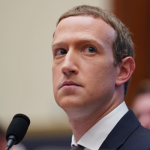