Careem has introduced a Rishta Aunty

Earlier this morning Careem users woke up to a surprise. Their rishta had arrived whether they liked it or not. Many people fell for the click-bait notification only to find out that it was just Careem’s new marketing tactic.

The taxi-hailing service is back in the game with another one of their campaigns. Only this time they are targeting the youth who is still single or unmarried. The new service is being called as the Rishta Aunty and users can avail it by simply selecting Rishta Aunty in the car type and then book a later ride between 12 PM to 10 PM. The service is currently only available in Karachi, Lahore, and Islamabad and will be valid for two days between 19th to 20th July.

TechJuice reached out to Sibtain Naqvi, Head of Public Affairs at Careem Pakistan, who stated:

“We are actively involved in not only providing the best service to our users but also promoting customer engagement. We’d noticed that rishtas are a popular topic of discussion among our more senior users. So we’ve launched this service in order to help the younger people find a right match. For this purpose we’ve taken professional Rishta Aunties on-board. During the ride people can tell the aunty their preferences and the Aunty will later get in touch with them with a suitable rishta.”

The taxi-hailing service has previously delved into the wedding domain when they announced that they will be launching Careem Shaadi, a service specifically tailored to event needs. And since launching the Rishta Aunty service this morning, over 700 rides have been booked. If the response is great Careem could even make this a recurring thing.

On Twitter, some people have been loving the fact that Rishta Aunty has arrived into their lives.

While others found it downright creepy..

Careem has lost their mind as much as I have lost hope from this world. This was actually creepy.#Careem #Karachi #Rishta #Taxi #morning pic.twitter.com/gh30uMPpyZ

Careem has gained a lot of traction among the Pakistani population for their devious marketing tactics. Earlier this year on Women’s Day they sent out some click-bait notifications saying that their ‘female captain’ had arrived causing some amount of confusion among people who hadn’t even ordered a Careem ride. Then they also caused a lot of buzz when they announced that Waseem Akram had joined Careem as CEO – a news which sent social media into a complete frenzy. However, it was later revealed that former Pakistani Cricket Captain had only came on board for a day as part of a marketing initiative.

What do you think about Careem’s latest marketing tactic? 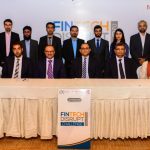