DigiSkills just received 230,000 enrollments in its 9th batch that opened on 1st January 2021. The enrollments were received in a record 2.5 days with an average of 68.5 enrollments per minute. The website received an overwhelming response to their program, so much that the government had to add a special quota for Baluchistan with an additional 20,000 seats out of which 5,000 are reserved for South Baluchistan.

https://t.co/z5oxSwUP6J has always proved its worth, & success but this time due to overwhelming response 230K enrollments have been filled within 2.5 days of record time, which is great news.
Thanks, Pakistan, for the contribution you have made in making our program a success. pic.twitter.com/KfQPc6tGXd

Not only that, the website received more than 130,000 enrollments in the first 12 hours alone at a rate of 180 enrollments per minute and 3 enrollments per second. The DigiSkills training program, initiated by the Government of Pakistan led by MOITT and Virtual University, is meant to empower the youth with in-demand freelancing skills.

The training program offers 10 different courses from Digital marketing to AutoCAD to Graphic Designing and much more. The instructors are also very experienced including the likes of Saad Hamid among others.

The website has so far empowered more than 1.3 million individuals so far with 1.7 enrollments in total. A report from 2018 showed that DigiSkills graduates earned around $29 per day for first-time freelancers. 2021 is already anticipated to be the year of the gig economy, so maybe you should also think about taking part in the next DigiSkills batch.

If you are from Baluchistan, it is possible that you might still make the cut. If you’re interested, head over here to find out. 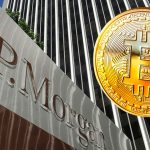