Cyber harassment report has been revealed by the Digital Rights Foundation 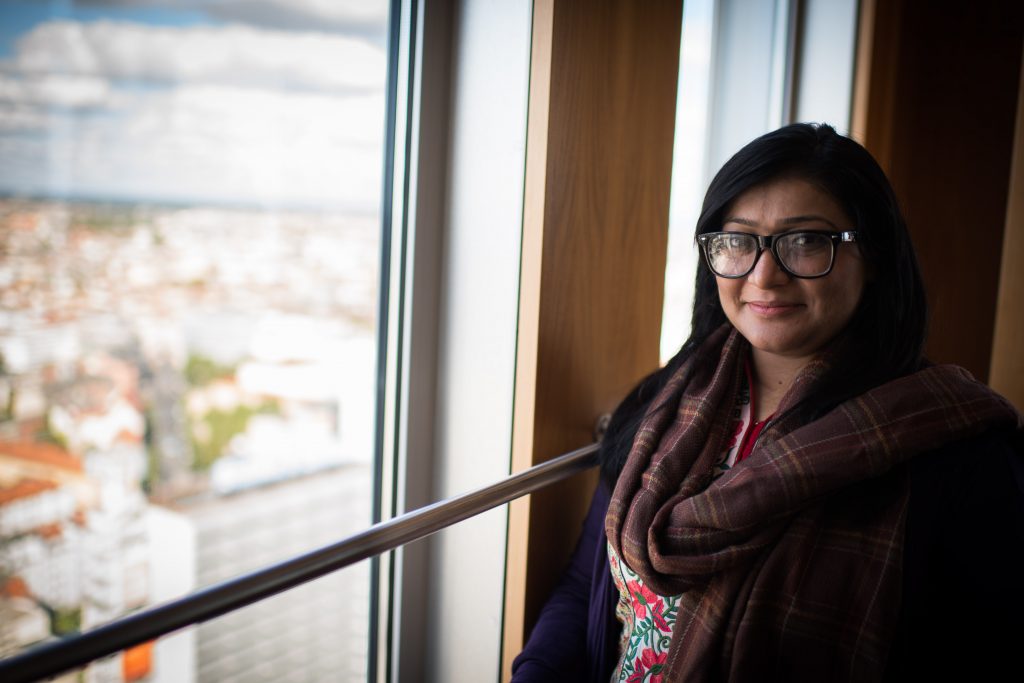 Digital Rights Foundation (DRF) has unveiled a report which throws light on the cyber harassment cases as highlighted through the four-month operations of its Cyber Harassment Helpline.

The report states that during the first four months of its operation, the helpline received a total of 513 individual complaints. About 62% of the calls were made by women, which depict a surprising note that a sizeable proportion of males, 37 out of every hundred, also formed complaints of cyber harassment.

As far as the platforms involved are concerned, Facebook was the top platform with most cyber harassment cases. The complainants made complaints regarding fake profile buildups, nonconsensual use of information, blackmailing, unsolicited messages and hacked accounts. Although 23.90% of individuals did not disclose their location, majority of the cases received by the Helpline were from Punjab (41.3%). The helpline also got calls from Sindh (17.8%), Khyber Pakhtunkhwa (4.70%), Balochistan (1.30%), Azad Kashmir (0.70%), Federal Territory (10.10%) and outside Pakistan. 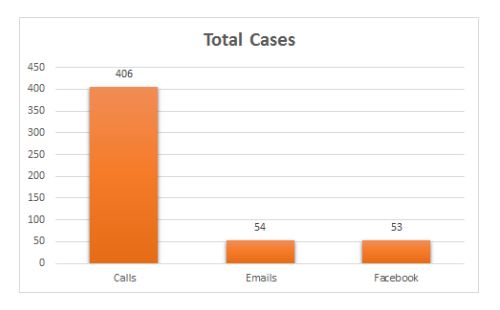 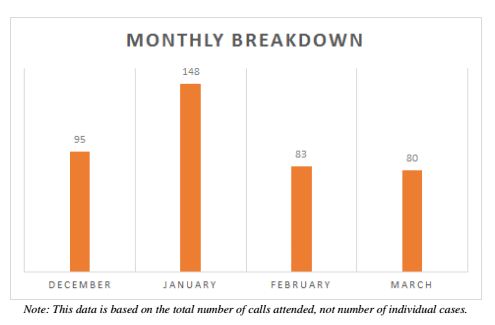 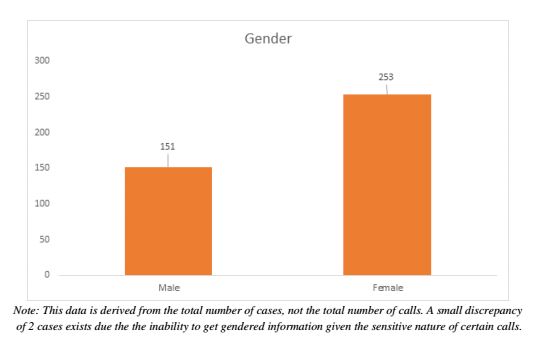 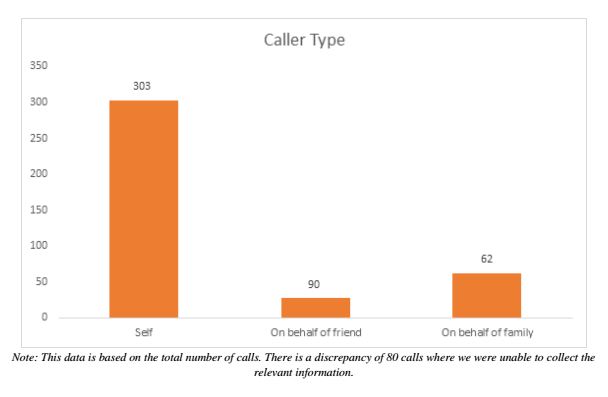 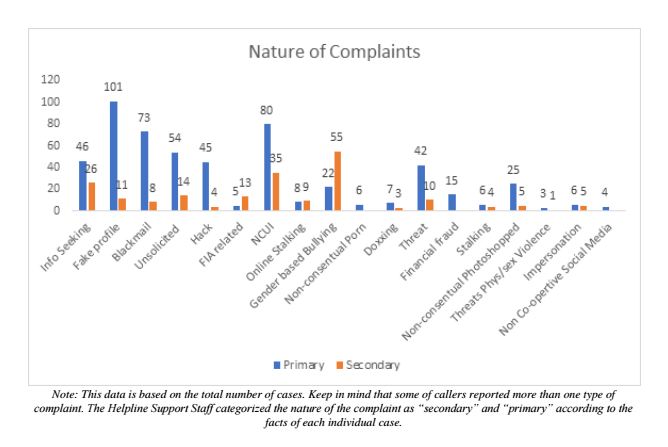 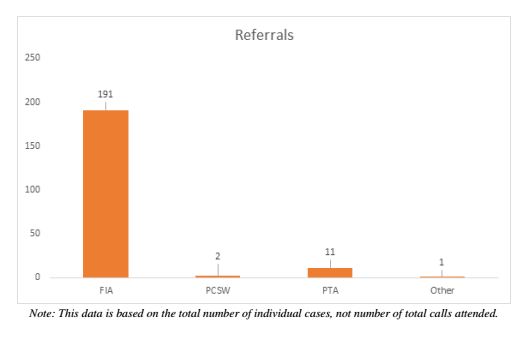 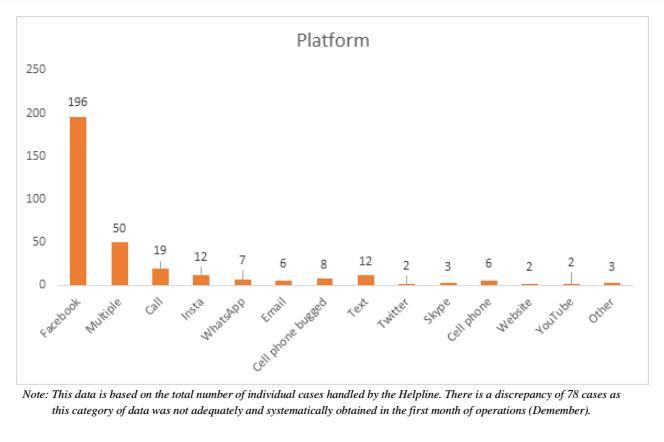 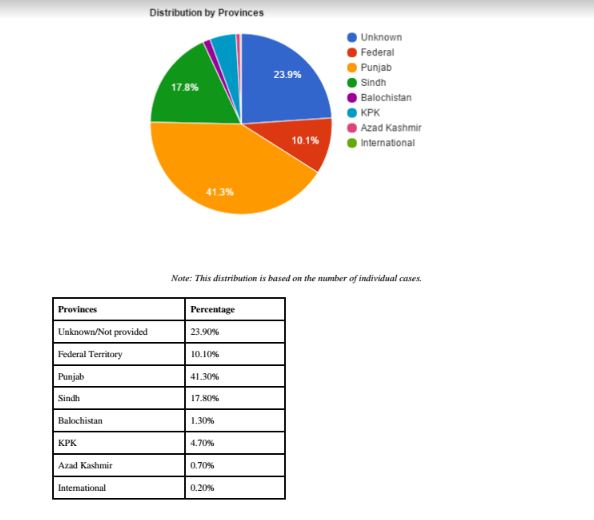 The extensive operations of the Cell also brought to light the need for improving the operations of the FIA’s National Response Centre for Cyber Crime (NR3C). DRF found that the NR3C was understaffed with limited resources which is why there were delays in registration and investigation of cases pertaining to cyber harassment. Gender-sensitization training for FIA’s staff, along with recruitment of female Investigative Officers was also suggested. More cities need to be brought under its umbrella to facilitate people in reporting issues from remote areas and getting their issues sorted.

The Cyber Harassment Helpline is Pakistan’s first dedicated helpline that addresses the issues related to online abuse. The Cell provides a free, safe, gender-sensitive and confidential services on legal advice, digital security support and psychological counseling to the ones who seek their help in online harassment. The Helpline was launched four months back and can be accessed through a toll-free number [0800-39393]. The number can only be dialed between 9AM to 5PM, Monday to Friday. The support staff can also be contacted via an email addressed to helpdesk@digitalrightsfoundation.pk.

Digital Rights Foundation, the company which launched this service, is an advocacy organization in Pakistan that is focusing on introducing IT and computer technologies to add support to the existing human rights, inclusiveness, democratic processes, and digital governance systems. The company is also known for highlighting and addressing the issues involving online speech freedom, privacy, data protection and online violence against women. 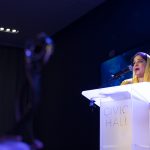 3G services to be available in villages across Pakistan: IT Minister