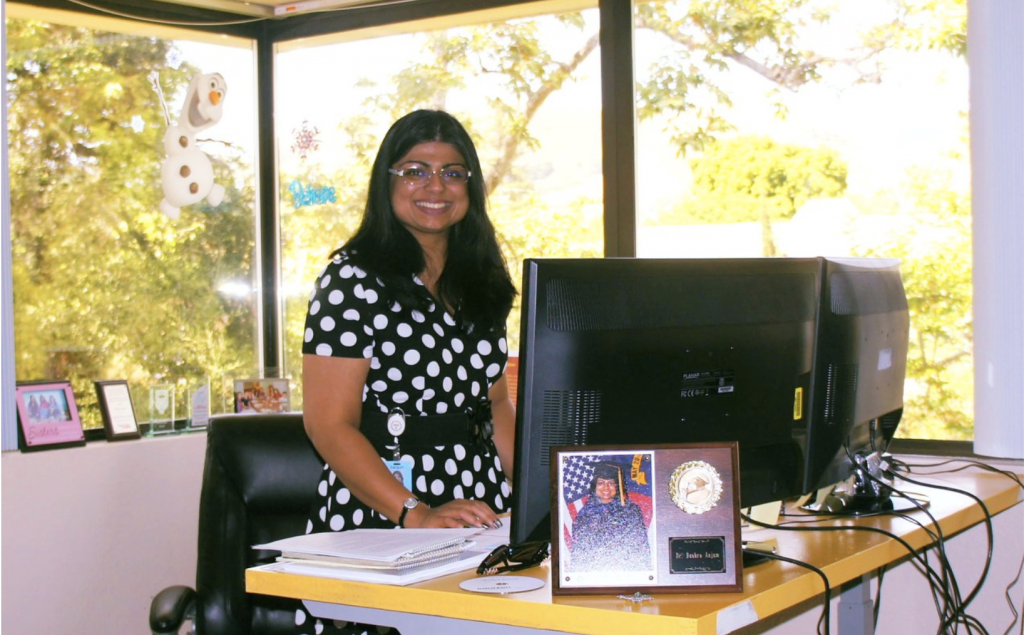 When parents dream for their daughters to be well educated, financially independent and socially productive, incredible women are born. We are in conversation, with Dr. Bushra Anjum, born and raised in Lahore, the youngest of three sisters. Dr. Bushra, today a data specialist, credits her success to the most important male figure in her life, “….my father,” she said while taking to TechJuice, “I lost him a year ago. He was my most trusted confidant and advisor,” she added reminiscing how he taught her to empower women truly by trusting them.

Dr. Bushra has seen computer technology grow exponentially in the past 20 years. Her first programming language was FORTRAN, she worked with floppy disks for her projects and assignments, “My first ‘high-tech massive memory’ gadget was a USB with 128KB of memory that cost me more than PKR 1000,” she recalls.

Today she works as a data specialist, “All online businesses, websites and mobile apps, collect data on its usage, with the primary goal of identifying what is working with its users and what is not,” she explained. As a data specialist, she begins by understanding a company’s business and then recommends what data to collect, how to best store it for internal analysis and then help build systems and design algorithms to gain insights from the data to guide business decision making, “In short, I create value from the ever-increasing volume, variety, and velocity of data in today’s digital world,” she mentions.

“Back in 1960’s, writing code was considered a lower status, clerical task,”

Dr. Bushra started her tech journey in Lahore, after her matriculation, when she realized that Lahore College for Women had started an Intermediate in Computer Science (ICS), “Studying CS seemed intriguing. Hence, I opted for it, loved the discipline and never looked back,” she said. 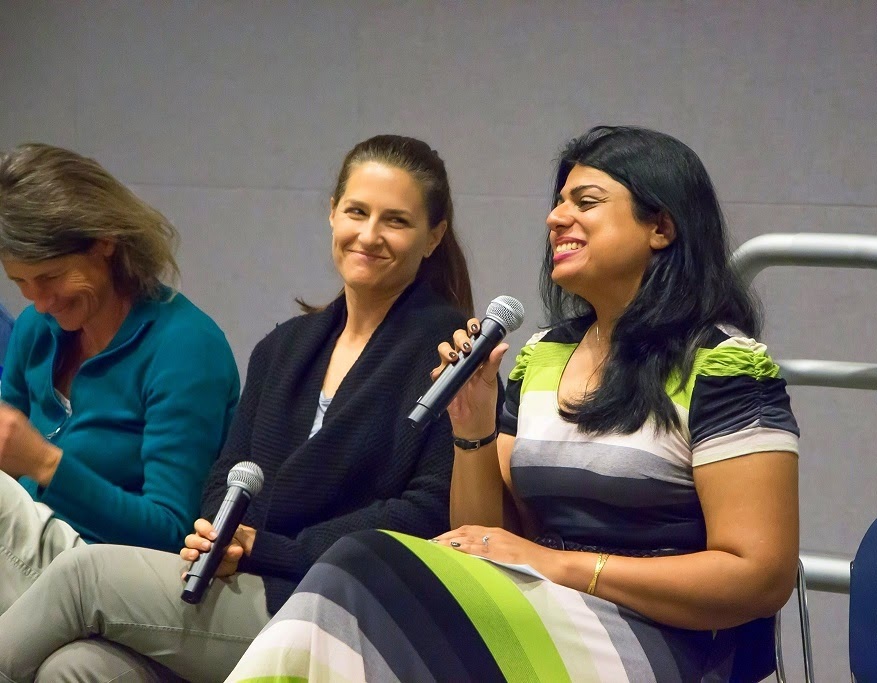 Talking about her experience at FAST-NU, she recollects a general atmosphere of intense academic focus, rigorous studies, and relentless technical training, “…its faculty and curriculum were at par with any international institute,” she stated.
Her batch consisted of only 18% female students, “It has been 14 years since we graduated and it is invigorating to see members of Batch 2001, doing exceptionally well in their personal and professional lives, rising in ranks, leading initiatives, and breaking barriers,” she expresses.

In 2007, she was awarded a gold medal for her M.Sc. in CS from LUMS, “I maintained the number one rank amongst 250 students,” she said. Later in 2012, she earned a Ph.D. in CS from North Carolina State University (NCSU). Where she also achieved certification of accomplishment in teaching curriculum.

After her Ph.D., Dr. Bushra made it back to Pakistan, “The following adventure was to seek an opportunity to teach at the universities where I was once a student,” she said as she talked about her teaching experience at FAST-NU Lahore and NCSU, “I love teaching and mentoring,” she added confessing that with her current schedule she is unable to teach full time but is still associated with the California State University as a visiting professor and a mentor to the Women in Software & Hardware group.

After flourishing in academia, Dr. Bushra wanted to experience working in leading technology companies. In 2015, she joined Amazon, “I worked there for about four years and learned a great deal about large scale distributed systems with emphasis on highly scalable fault tolerant engineering,” she shared.

It was finally time to fulfill her next goal in 2019, which was to combine her engineering skills with her love for math, advanced probability, and statistics, analysis, and predictions, “Fueled by my curiosity of learning more about the start-up culture, I decided to join the San Francisco based start-up Doximity…,” she said

A woman of color in a male-centric field 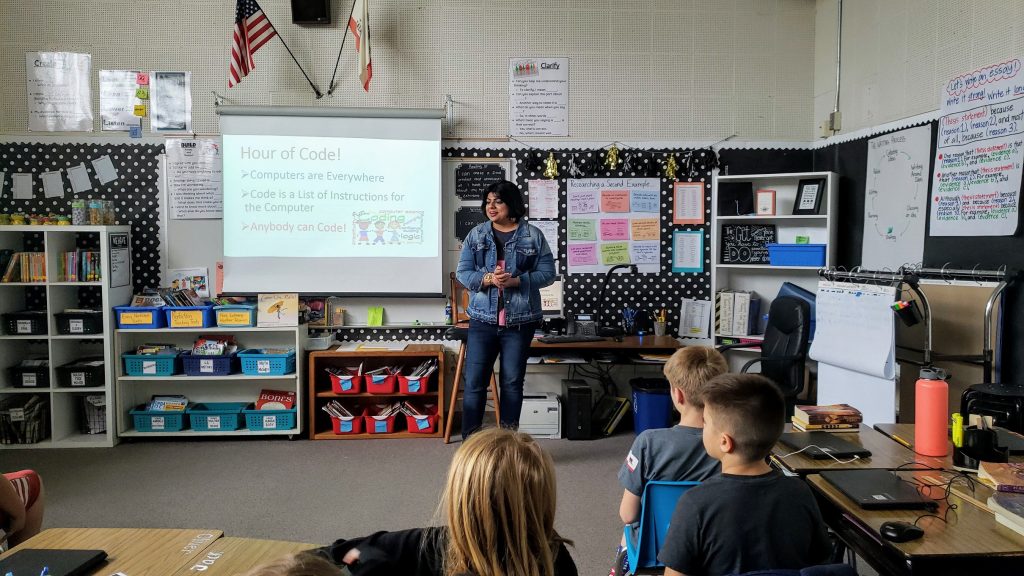 Technology has not always been a male-centric field; on the contrary, women ruled it in its formative years. This being a topic of active research and debate, we asked Dr. Bushra to enlighten us about the history of women in technology which she clarified is still being discovered, “….and the story; still being written. It’s a subject as complex as society itself, so I will try to mention a few historical threads, that intertwined, very briefly,” she said.

Technology has not always been a male-centric field; on the contrary, women ruled it in its formative years

Dr. Bushra took us back to the 1960s, when many of the mainframe programmers were women, “At the time, writing code was considered a lower status, clerical task,” she said. Men focused on the hardware industry, “as that is where the glory was,” she elaborated adding that the situation changed in the 1980s when commercial software started being developed, and programming jobs gained high status. As the pays went up computer programming became more prestigious. Men started taking a keen interest in these careers, “It has been suggested that with the politics of power, women seemed to be slowly pushed out,” she said.

Later during the mid to late 1980s, with the success of Bill Gates and Steve Jobs, everyone, especially the media, glorified these young men for successfully starting computer businesses in their garages. Hence, managers started aiming at the stereotype, “the hiring was less by talent and more by personality type: the eccentric, aloof male nerd,” she expanded.

Also, in the early 1980s, the personal computer (PC) was marketed as a productivity tool for the fathers and a gaming device for young men. Dr. Bushra suggests that research shows that boys were twice more likely to have been given a computer by their parents. Consequently, when that generation hit college in the 1990s, boys had received much more exposure to computers than girls had, “Men were at home in computing classes whereas women struggled,” she added, “Without realizing the historical context, the teachers and students – male and female – internalized and perpetuated the bias that men are naturally better at computers than women.”

To add to it, constant disapproval from society affected women’s sense of belonging in the technology field, “However, things are different today,” she positively said adding that in the last decade, there have been many ongoing initiatives, from the government, academia, and industry to course correct many of the societal biases and trends, “I am confident we will see a change in the participation ratios in the coming years,” she expressed.

Even though she believes the ratios might shift in the future, Dr. Bushra contemplates on the challenge that she and every other woman in the technology world faces, “that is the dichotomy of dual expectations,” she said, adding an example by Dr. Deborah Gruenfeld (social psychologist and professor at Stanford Business School) who defined the expectations as playing high, which means you show your authority, power, and influence, and playing low, which means you are more approachable and likable,

Further as a woman of color, working in the US she not only faced the usual struggles of under-representation as a woman but at times was also challenged by fellow white women. She reports to have encountered situations where older white women in her professional career have felt threatened by her, “which resulted in unwanted hostility and micro-aggression,” she said. Further adding that she has also seen some white women recommending and promoting other white women at the detriment of more qualified women of color, “Patience, good judgment, and wisely picking my battles have been my friends in this journey,” she revealed.

Hence for Dr. Bushra, it is crucial to be respected. She believes respect emanates from the strength of one’s character, consistency of conduct and principles, “It is something that you define and own…..Also, in my experience, genuine respect leads to being liked in due time,” she said.

Working on the morally right thing to do

To further her vision for an inclusive field, Dr Bushra actively advocates for diversity and women in STEM, “Working towards gender equity in all aspects of life is the morally right thing to do,” she asserts adding, “There are also strong economic incentives for having more women in the computing field,” she said, citing researches to back her argument.

Major researchers, such as Carnegie Mellon and MIT have discovered that if a group includes more women, its collective intelligence rises. Also, McKinsey & Company found that companies in the top quartile for gender diversity outperform those in the bottom quartile by 21%.

MSCI ESG Research reports that having three or more women on a company’s board of directors helps companies perform better financially. She believes that the pool of women in computing needs to be expanded, “as otherwise, the whole world misses out on their skills and perspectives which are critical for fueling innovation and driving progress”.

To further up-root the deep-rooted systemic issues that discourage young girls from opting for computing education and careers, Dr. Bushra actively serves as a community leader, mentor, and speaker.

Currently, she conducts computing boot camps for 6th and 7th graders with an emphasis on highlighting women pioneers in the technology field, “This early exposure is critical for young girls so that they don’t internalize the message that computing technology is a boys-only field,” she said

Dr. Bushra asserts it is crucial for young females to have role models, “We need to get better at promoting women leaders and technologists in media,” she said. Moreover, she maintains that women already in the technology field have an extra responsibility to lift other technical women up, “We can start by sponsoring other women, advocating for each other and highlighting each other’s accomplishments,” she advised and implored all technical women to mentor younger women, “Find a woman who is a few years behind you, and help her decide and take the next steps, It is critical that we make ourselves available,” she advocated.

As a parting note, Dr. Bushra had a message for our readers. She urged men to make the existing workplace more equitable by shifting norms, “…Do not be a silent bystander, take responsibility and help stop any professionally and emotionally damaging situation for your female colleagues,” she stressed. 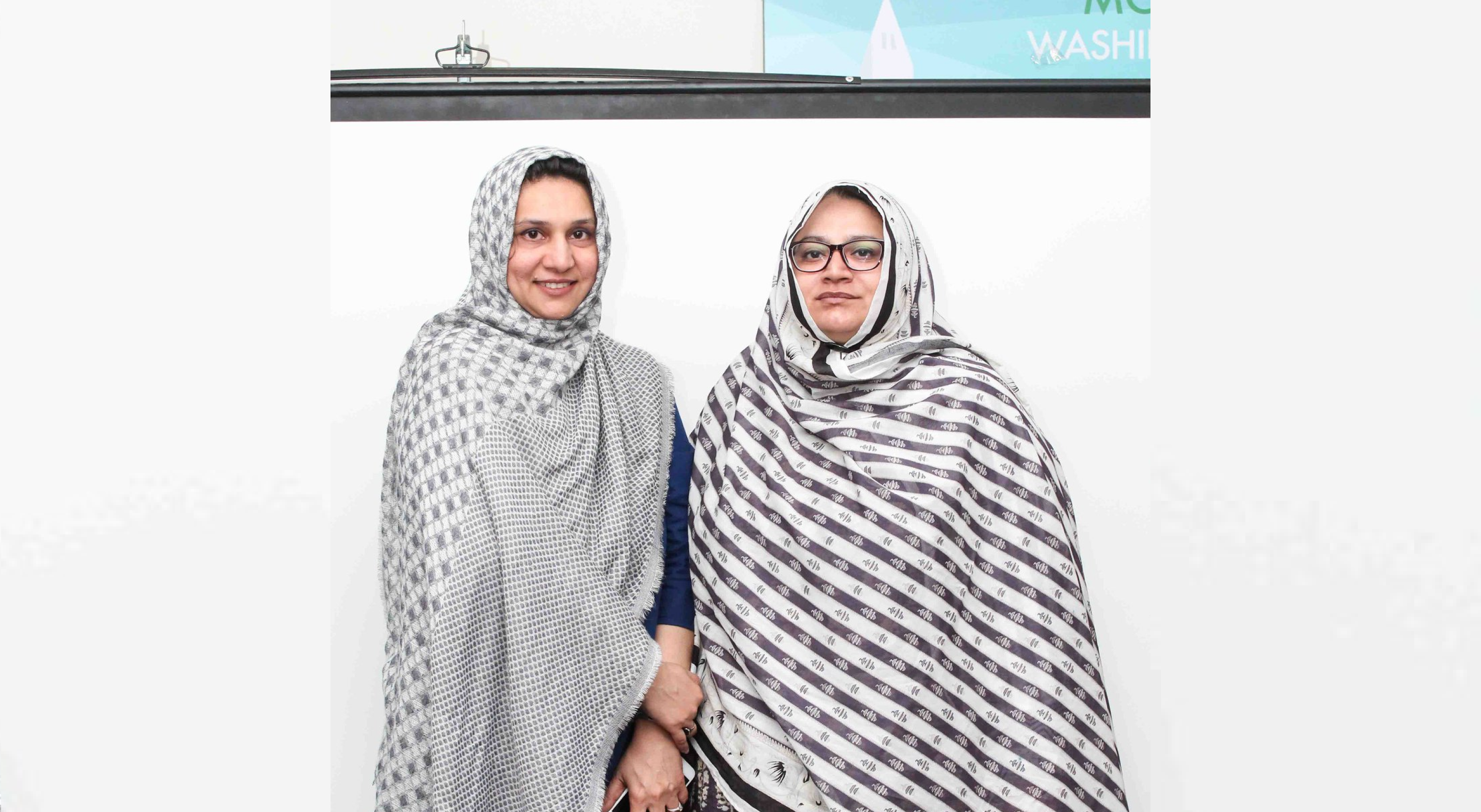 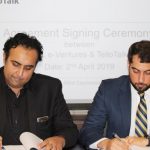