The Economic Coordination Committee (ECC) of the Cabinet officially agreed to cut taxes on the telecommunication sector on Wednesday. The ECC further asked for negotiations with port terminal operators for reducing demurrage charges on Afghan cargo containers.

In a meeting presided by Adviser to PM on Finance Dr Abdul Hafeez Shaikh, the ECC also approved the renewal of contract with TAVANIR Iran for the purchase of 104MW of electricity till December 31. The approval is still subject to vetting by the Ministry of Law and Justice, however.

Attended by only four members, including minister Shaikh Rasheed Ahmed, the ECC meeting also allocated 38 million cubic feet per day from the three new wells of Rehman 6, 7, and 8 in Sindh to the Sui Southern Gas Company Ltd. Subject to regulatory approvals, the gas will be provided as per availability in the winter months.

To facilitate the telecom sector, the ECC approved in principle a request for waiver and reduction in rates of certain taxes. According to sources, Dr Shaikh said that now that coronavirus appeared to be continuing and large number of people had to be reliant on broadband and other telecom services, the government would facilitate the people and businesses to help them stay connected and operate businesses without physical movement as much as possible.

As of now, the general sales tax applicable on telecom services is at the rate of 19.5 percent besides the advance income tax of 12.5 percent on most telecom services, including voice, SMS, and MMS. While the revenue impact of just a single tax was estimated at about PKR 52 billion, it was also argued that it was mostly adjustable. There were also duties on the import of certain items and equipment used by telecom companies besides additional custom duties. A charge on the issuance of new connections has also been agreed upon. 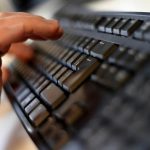 Online hate speech in Pakistan has increased in 2020, says report