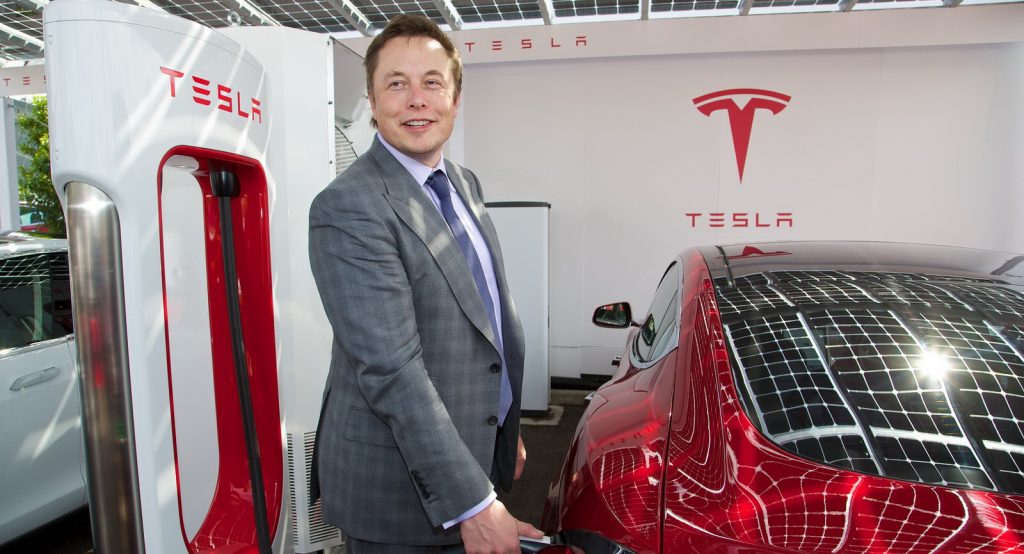 Tesla released its quarterly report on Wednesday, after a record-breaking year in which the company’s stock price rose 700%. The report could entitle the company’s majority owner and CEO Elon Musk to a $7 billion options payout, further cementing his position as one of the world’s richest men. Exactly how this all works out is a bit confusing to say the least.

Surprisingly, Musk doesn’t receive a salary for his work at Tesla. Instead, his pay package depends on the electric car manufacturer’s market capitalization with 12 target ‘tranches’ written into his 2018 contract. These target tranches are placed on a rising scale and are triggered when the company exceeds certain market capitalization amounts. According to the contract, each target tranche gives Musk the option to buy 8.4 million shares of the company at $70 dollars each. This is a bargain price, considering Tesla shares are currently trading at $889 on the stock market, and represent a profit of around $7 billion per tranche. 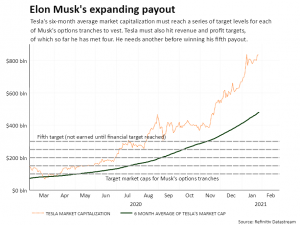 In fact, the company’s market cap has already shot past four of the twelve tranches since February last year on its way to overtaking Facebook the fifth most valuable publicly traded company in the US at $843 billion. According to experts, the company’s closing stock price on Wednesday puts it just over the line to trigger the fifth tranche, meaning Musk could earn a mind-boggling $35 billion dollars.

Tesla’s jump in stock price over the past year has made it the world’s most valuable car manufacturer by quite some margin. This is contrary to the fact that Tesla produces a marginal amount of cars each year compared to the likes of Toyota, Daimler, and Volkswagen. The company produced almost 500,000 cars in 2020, and is expecting to almost double that number in 2021 with 900,000 deliveries. 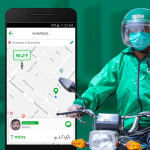