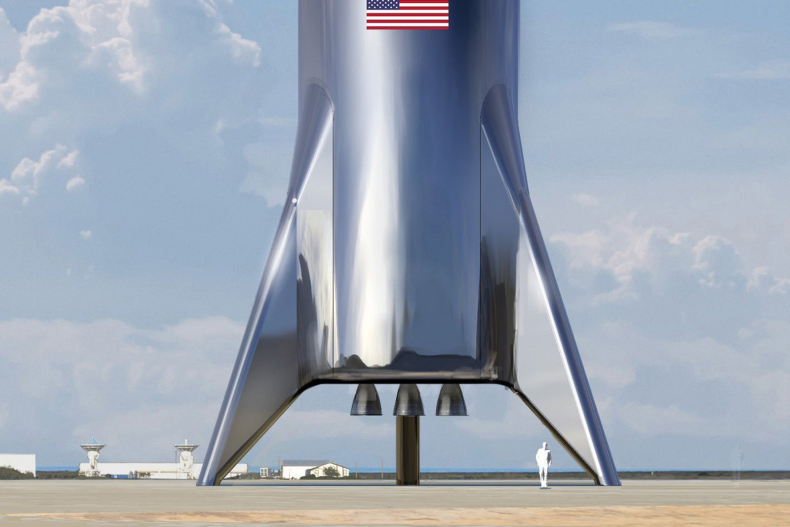 Elon Musk has been teasing SpaceX’s Starship test vehicle for some time. Just last month Musk shared actual pictures depicting the test vehicle’s progress. Musk has now shared the first concept art of the test vehicle. We have to admit, it’s straight out of a sci-fi comic and we love it.

Starship test vehicle under assembly will look similar to this illustration when finished. Operational Starships would obv have windows, etc. pic.twitter.com/D8AJ01mjyR

The rocket that is currently under construction in SpaceX’s Boca Chica, Texas launch facility is expected should be launched to suborbital heights in March or April. SpaceX hopes to launch it at least half a year earlier than its initial planned launch of the end of 2019.

At the moment the rockets are being designed for concept testing. That explains why this is not the final design which is expected to be prettier and have windows. Orbital flights are aimed for 2020.

The starship is supposed to replace Falcon rockets as the go-to SpaceX rocket. The rocket has been seeing great progress and that makes us really excited.

The other thing that makes excited is the design language. Rather than being boring SpaceX is bringing out the geek in everyone with its design. We are anxiously looking forward to its launch.

previous
Out of 25 of the richest Pakistanis, not a single person deals in tech
random
next
LG's rollable TV is finally going on sale this year
Trending Posts