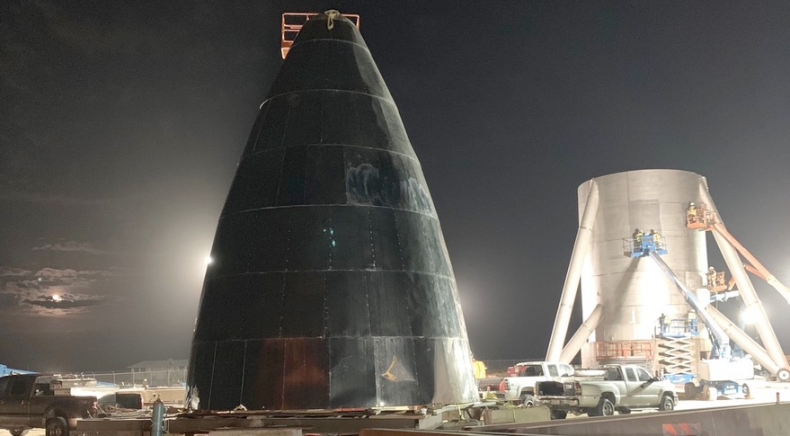 Elon Musk has finally shared a picture of its first ‘Starship’ for the Mars mission called “test hopper’. The image was tweeted earlier today with the caption: “Stainless Steel Starship”.

The name of the rocket-spaceship was changed from BFR (Big Falcon Rocket) to Starship last month while the lower booster part is now called “Super Heavy”. It is currently in development in Space X’s Texas facility. A few days ago Musk tweeted that they would be carrying out the test in early 2019 as opposed to earlier comments which said “late 2019”. SpaceX has even filed an application seeking an experimental license for communications with hopper during upcoming flights. Several high and low altitude tests are planned from the Texas site. 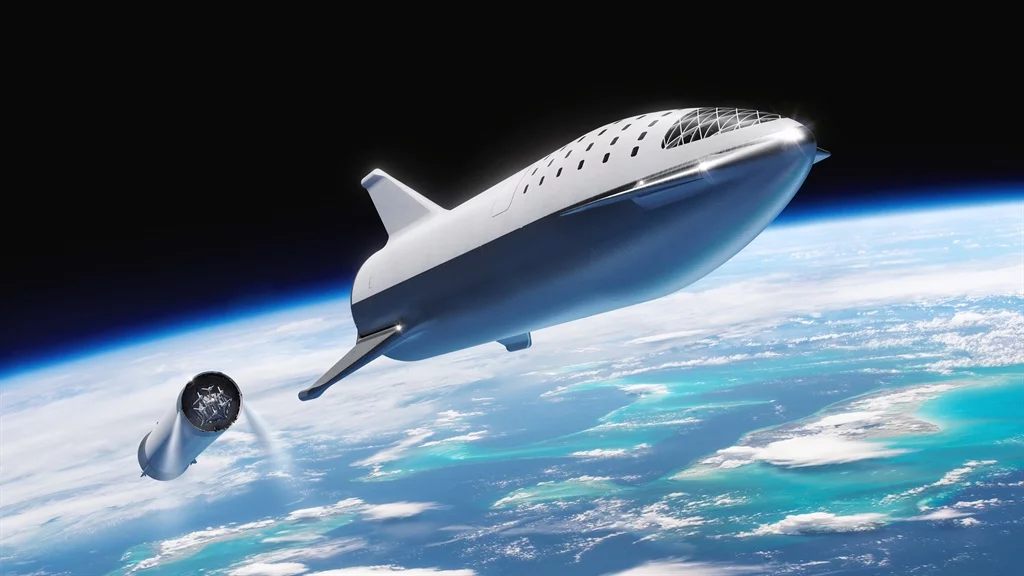 The other interesting thing the tweet confirmed was the use of stainless steel. Replacing carbon fiber used in earlier models with stainless steel, a heavier metal alloy, should provide “slightly better” strength to weight ratio at cryogenic temperatures and a lot better at high temperatures. “Stainless steel is correct, but a different mixture of alloys and new architecture,” Musk said.

SpaceX will be using 3 of their redesigned Raptor rocket engine. Not a lot is known about Raptor engine except that it will be a methane/liquid oxygen engine. Musk has promised to shed more light on the technical specifications later next year. “I will do a full technical presentation of Starship after the test vehicle we’re building in Texas flies, so hopefully March/April,” he tweeted.

Latest updates show signs of good progress and it looks like Musk will be able to deliver on his promise of launching unmanned missions to Mars by 2024.