The companies claim they were gathering this data for “market intelligence” purposes. However, the operation is a direct violation of Facebook’s Terms of Service, according to the social media giant, hence the lawsuit.

BrandTotal offers a real-time competitive intelligence platform that aims to provide useful insight and analytics data to boost its consumers’ social media strategy and trump their competition. These insights are tremendously useful, since businesses can use them to analyze their budget allocation to target new opportunities, monitor trends, and assess any threat from their competition in the market.

Unimania, on the other hand, offers users the ability to access social networks in various ways. For instance, the company developed an app that lets you view Facebook via mobile-web interface or alongside other social media platforms. Yet another app allows you to view Instagram Stories anonymously.

So, what’s Facebook’s beef here? Apparently, the browser extensions offered by these companies are problematic for the social media titan. BrandTotal’s UpVoice and Unimania’s Ads Feed. The former rewards users with gift cards for using top social networking sites and sharing their opinions on online campaigns, while the latter allows users to save any Facebook ads they saw for later reference.

Facebook says that these extensions run in direct violation of its Terms of Service. When users install these extensions and visit Facebook and its subsidiary websites, the extensions automatically scrape their name, user IDs, gender, date of birth, relationship status, location information, and other personal data.

Data scraping is a sensitive issue for Facebook, ever since the infamous Cambridge Analytica scandal. 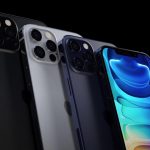 Entry-level iPhone 12 rumored to ship with 64GB storage, here’s how much it can cost