Facebook gets more political as it adds support for petitions

Facebook has become a huge community and now it is going to impact your surroundings directly with “Community Actions”.

Community Actions is Facebook’s take on online petitions. Every community action can be customized by the user with a title, description, and image. They will even be able to tag relevant authorities in the action. So in theory, if you have an issue related to IT policies in Pakistan, you should be able to tag IT minister Khalid Maqbool. 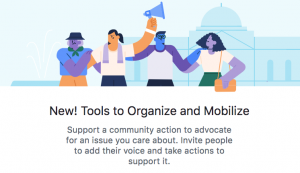 Other users can support the cause with the support button. They will be able to discuss the issue and share their personal experiences in its own discussion feed.

Authorities will be notified about the petition and can take action accordingly. Facebook will display the number of supporters for every petition but will only disclose their identity to their friends. 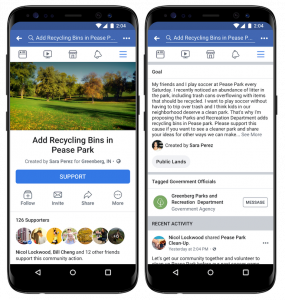 Facebook’s latest feature is aimed at government officials as it said in its official statement, “Community Action is another way for people to advocate for changes in their communities and partner with elected officials and government agencies on solutions.”

While Facebook intends users to use Community Actions for solving problems, there is a very high probability that some might misuse the feature. It is possible that people might support the page only to get to discussion feed and spam it with hate content. They can launch their own petitions denouncing existing petitions, but who will stop the spammers?

The other problem is that supporting a cause will become so prevalent that people might support actions just for the sake of it. Community Actions also makes it easier to start hate campaigns and muster support for it. Facebook says its employing “user flagging, proactive algorithmic detection, and human enforcers” to stop such actions, it is still unclear how effective it will be. Only time will tell how it will differentiate a biased point of view from the hateful point of view. Reality is perception driven so it should be particularly difficult.

Another thing concerning many people is Facebook’s increased influence. Up until now, people had to resort to events, personal feeds and groups to send a message. Now, they can convey their message to more people with just the push of a button.

In all this, Facebook becomes a more crucial player and a bigger influencer. It can decide guidelines that dictate any particular issue. Who knows Facebook might even try to promote certain actions, actions that might be in their benefit.

The other problem here is that Facebook’s implementation will most definitely drive traffic away from similar websites. It might even force them to shut down. This would increase our dependence on Facebook. It will force more people to stay on Facebook even if they don’t want to, because if they don’t, their voices won’t be heard.

Facebook’s divulging from its principles

Facebook was founded on the premise of connecting communities. With Community Actions, Facebook moves one more step away from its founding core.

Facebook has lately become more of a political playground. Its issues aren’t that people can’t talk or share their thoughts, its issues stem from its decision to allow politics to become a greater part of the platform.

It is quite visible that Facebook is directly targeting governments with these new features. In fact, it’s not even shy about it. “Every day, people come together on Facebook to advocate for causes they care about, including by contacting their elected officials,” said Facebook’s official statement.

Time and time again, people have urged Facebook to focus more on its principles, but Facebook has different plans. This new feature is bound to become a new talking point for Facebook even if all the press is not positive. It looks like Facebook wants people to use the social network out of need and not pleasure.