According to the Global Government Requests Report, there has been an increase of 9 percent in the global government requests for data from the social media platform. The report states that “Government requests for account data increased by 9% globally compared to the first half of 2016, from 59,229 to 64,279 requests.”

Facebook stated in the report that the data requests were about people who used Facebook. It states in the report “In many of these cases, the government is requesting basic subscriber information, such as name and length of service. Requests may also ask for IP address logs or account content.”

While the global increase was 9 percentage points, Pakistan saw an increase of 40 percent in the period between July 2016 and December 2016 when compared to the period between January 2016 and June 2016. The Pakistani government made 1,002 requests and 1,432 more for users’ accounts. Of all these requests, about 67.56 percent of them were met with the release of some information by Facebook.

Facebook went ahead to explain that it only responded to requests that were validly related to criminal cases. According to the report, the company checks each and every request made for legal sufficiency. After that, if a request made is vague or overly broad, Facebook would either reject the request or require for specific information.

In terms of the accounts made for preservation, the Pakistan government made 442 such requests to the social media platform. For the preservation of an account, there have to be ongoing criminal investigations for 90 days while pending for the receipt of the formal legal process.

Facebook also stated in the report that the Pakistan government made 6 requests to have content that was believed to be blasphemous. Besides that, there was a single incident of internet disruption in the country that was recorded by the company in November of 2016.

The report thus lays bare the extent to which the government has gone in needing to know and control the online activities of its citizens. 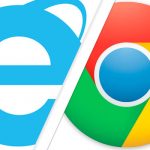