Facebook is again in hot waters after revealing that the private posts of 14 million users have been made public accidentally owing to a bug.

The social media giant admitted that a recent bug has changed the privacy settings for around 14 million users and made their data available to the public despite their “private” settings. The software error reportedly caused the default settings to be set as public regardless of the post is shared with a limited number of people. Facebook further reveals that the bug was active between May 18 to May 27 but luckily the company managed to fix it on May 22, however, settings of some posts couldn’t revert until five days later.

See Also: Facebook under fire for sharing data with Huawei

According to a report by TechCrunch, the misfortune event happened when the company tried to introduce the “featured items” option on the user’s profile that highlights photos, videos, and other content. The “featured items” are displayed publicly but accidentally Facebook extended this setting to all new posts from those users. By now, the issue has now been fixed, and users status has been changed back to default to the privacy setting they had before the bug.

Facebook Chief Privacy Officer Erin Egan said in a statement, “We have fixed this issue and starting today we are letting everyone affected know and asking them to review any posts they made during that time.”

Facebook came under scrutiny in March 2018, when it was revealed by Chris Wylie, a data scientist of Cambridge Analytica, that his firm acquired data of over 50 million Facebook accounts without the consent of users to influence US presidential elections in 2016. After that, Facebook’s CEO Mark Zuckerberg faced an immense backlash from its users and the tech fraternity. Zuckerberg had to make constant rounds of the US Congress and the EU, where he was grilled for hours and publicly apologized over the scandal and promised to deploy tools that will protect user privacy. 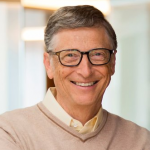